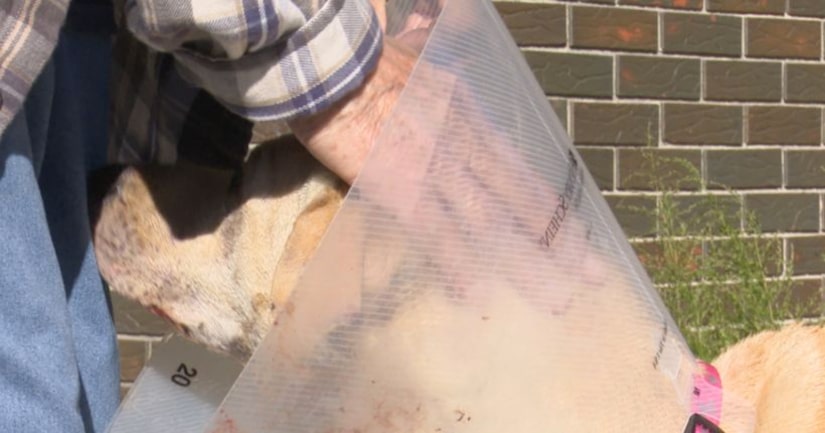 ALBERTVILLE, Ala. –- (WHNT) -- The recovery has been a long one for a dog that someone set on fire in October but there's some good news: Sky is days away from heading back home to her family.

Sky was badly burned on a good bit of her body. Her owner said her son heard the dog crying loudly outside their Douglas-area home. They went outside to find her rolling on the grass. The owner said her neighbor saw the dog running, on fire.

“It ran off that night, so actually, they thought the dog had been shot,” Douglas Police Chief Eric Speight said at the time.

The dog's family searched for her for hours, but couldn't find her. “It comes back the next day, they check on her, they could see she had been burned. That's when they took it to the vet,” Speight said.

“November third is when we brought her here,” said Mary Harris, of Friends of Marshall County Animals. That group has been funding Sky's care throughout the months of recovery at McCrory Animal Clinic in Albertville.

“She loves everybody, she loves life,” Harris said, “She is not traumatized by anything that happened to her.”