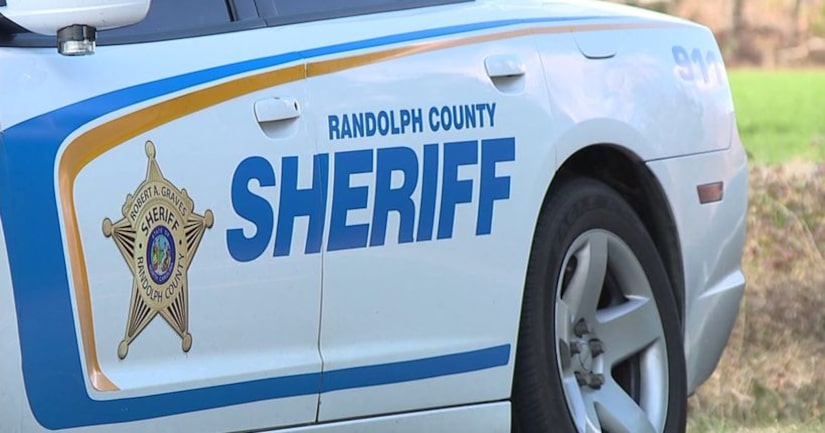 RANDOLPH COUNTY, N.C. (WGHP) -- Two teens are in custody after a pursuit and crash in Randolph County Tuesday, according to a news release from the sheriff's office.

A 15-year-old boy from Aberdeen is charged with felony possession of a stolen motor vehicle, felony flee to elude arrest and misdemeanor possession of a firearm by a minor.

A 14-year-old girl from Greensboro is charged with felony possession of a stolen vehicle and misdemeanor possession of firearm by a minor.

On Tuesday, a deputy saw a black Chevrolet Tahoe speeding and driving recklessly on Interstate 73/74, the release said.

The Tahoe nearly hit the inner guardrail, went across both lanes of travel and on the shoulder of the road and then came back into the center of the roadway and drove along the center line.

The deputy stopped the Tahoe near the McDowell Road exit and it stopped in the fast lane of travel. As the deputy approached the vehicle, the suspect took off, the release said.

The deputy pursued the Tahoe and the driver, the 15-year-old boy, lost control taking the New Hope Church Road exit, the release said. The 15-year-old ran from the Tahoe but was caught and arrested.

When deputies searched the car, they found a 9mm handgun and 23 pills of suspected methylphenidate.

The Tahoe was reported stolen out of High Point.

Juvenile petitions were filed for all charges. Both teens will appear in court on Wednesday.