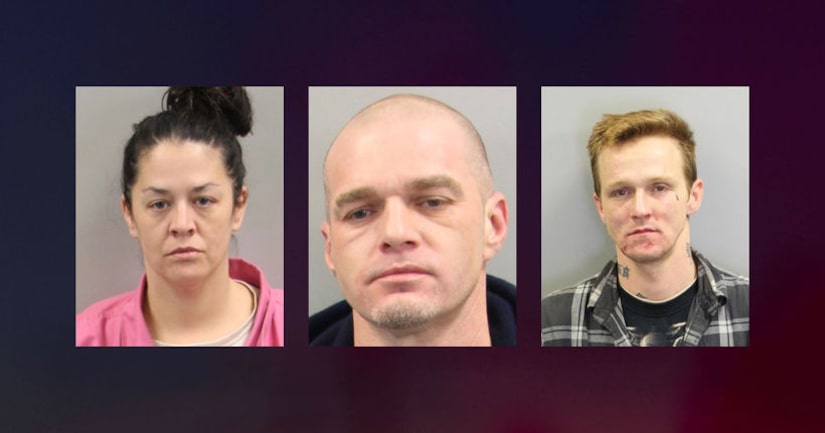 RANDOLPH COUNTY, N.C. (WGHP) -- Three people have been arrested after a kidnapping, assault and robbery in Randolph County, according to a news release from the sheriff's office.

On Monday at 2:57 a.m., the victim told deputies before getting to Rising View Way, she was getting a ride from Kelly Jean Harvey Brower, 41, and Hank Tyson Smith, 38, both of Asheboro. Brower allegedly told the victim they had to make a stop on Rising View Way and drove to an abandoned trailer.

The victim said a man, later identified as William George Bennett, 33, of Asheboro, walked out of the trailer with a black mask on, holding a pistol.

The victim told deputies Bennett opened the door, grabbed her by the hair, fired a shot in the air and pulled her out of the car.

The victim said they took money and her cellphone, got in the car and drove off, leaving her at the abandoned trailer.

Brower is charged with felony possession counterfeit instrument, misdemeanor possession of drug paraphernalia, felony aid and abet armed robbery and felony second-degree kidnapping. She was given a $15,000 secured bond.

Smith is charged with misdemeanor carrying a concealed gun, felony aid and abet armed robbery and felony second-degree kidnapping. He was given a $15,000 secured bond.