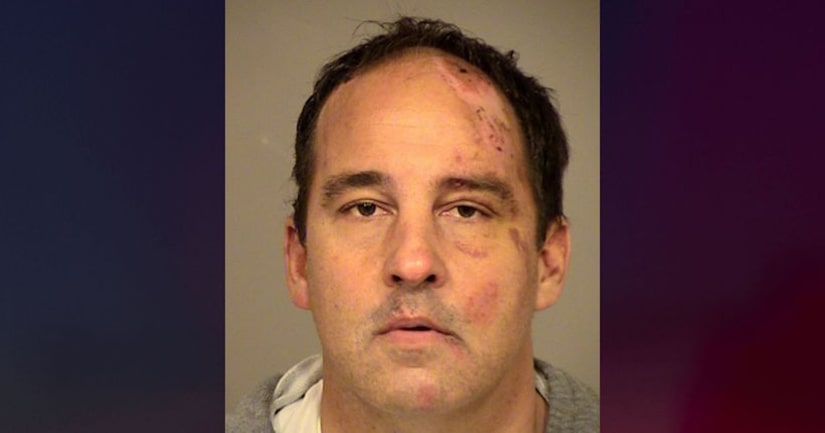 VENTURA COUNTY, Calif. (KTLA) -- An attorney accused of driving drunk when he crashed into a tree in Thousand Oaks, inflicting fatal injuries on his passenger, could spend up to a decade behind bars, officials said Friday.

Shane Felton Loomis, a 46-year-old lawyer from Thousand Oaks, was charged with one count of felony gross vehicular manslaughter while intoxicated, according to the Ventura County District Attorney's Office. He also faced a special allegation of having a blood alcohol content of .15 percent or higher, prosecutors said.

The charge stems from an incident that happened just before midnight on March 16 on Erbes Road, authorities said.

Loomis was traveling north toward Westland Avenue when his vehicle slammed into a tree and overturned, the Ventura County Sheriff's Office said.

Thousand Oaks police and Ventura County firefighters responded to the scene, and Loomis and his passenger, Amanda Gannon, were taken to a hospital by ambulance.

He was arrested Friday on suspicion of vehicular manslaughter and held on $50,000 bail, according to the agency. He was released on bond early Saturday, but was scheduled to return to court on April 9, inmate county records show.

Loomis' relationship with Gannon is unclear, but detectives believe the two might have been dating, Sgt. Dennis Sliva told KTLA.