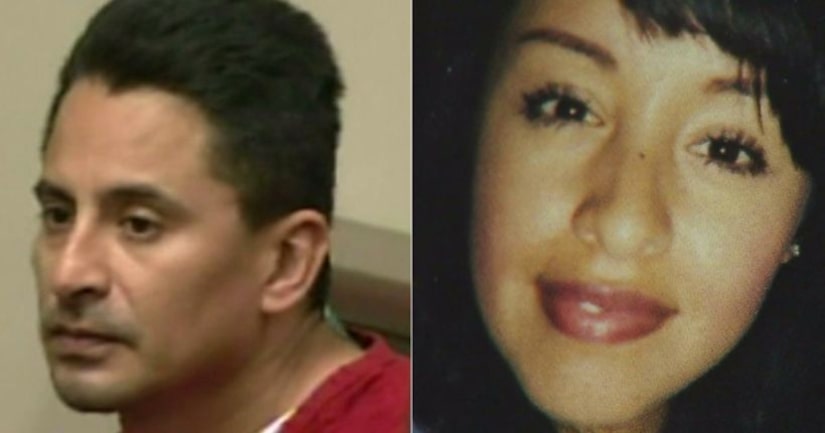 RIVERSIDE COUNTY, Calif. (KTLA) -- Jurors on Wednesday recommended a man who kidnapped and killed a 17-year-old girl in Moreno Valley nearly a decade ago be put to death for his crime, authorities said.

The Riverside County Superior Court jury deliberated for about an hour before determining that Jesse Perez Torres, 42, should be executed for the 2010 kidnapping and murder of 17-year-old Norma Lopez in Moreno Valley, according to the Riverside County District Attorney's Office.

Lopez disappeared on July 15, 2010, as she was walking to a friend's house from summer classes at Valley View High School in Moreno Valley, prosecutors said in a written statement. “Five days later, her body was found in a dirt field about three miles away.”

Investigators linked Torres to the abduction and killing, officials said. He was arrested in October of 2011, beginning a legal process that would stretch on for more than seven years.

“After hearing testimony in the penalty phase of the death penalty trial, the same jurors have now decided that Torres should be sentenced to death,” the statement said. The jury's only other option was to recommend life imprisonment.

A judge will impose a sentence at a hearing which is yet to be scheduled, District Attorney's Office spokesman John Hall said.

But first, the defense has requested an “Atikins” hearing, in which they will argue that Torres has a mental or intellectual disability that disqualifies him from capital punishment, prosecutors said.

Torres lived in the neighborhood where Lopez was kidnapped at the time of the crime, officials said. He moved from Moreno Valley to Long Beach in the month following the abduction and killing.

His SUV was spotted near the crime scene, helping lead to his ultimate arrest, identification and conviction. DNA recovered from an earring that had been ripped from Lopez's ear during a struggle was ultimately matched to Torres, the Riverside Press-Enterprise reported.