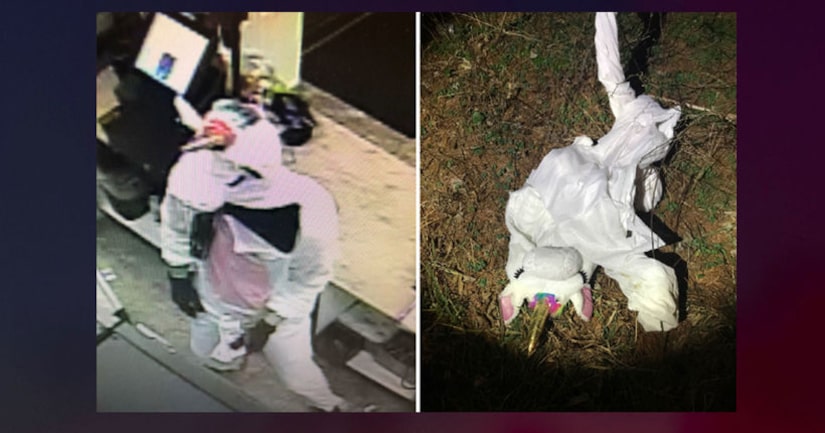 BALTIMORE, Md. (KTLA/AP) -- The robbery suspect wore a unicorn costume, and police in Maryland say he has been unmasked.

The pair's car crossed into oncoming traffic and crashed into mailboxes, a utility pole, shrubbery and a boulder, which sent the car back across the road until it hit a tree. Both men were hospitalized with serious injuries.