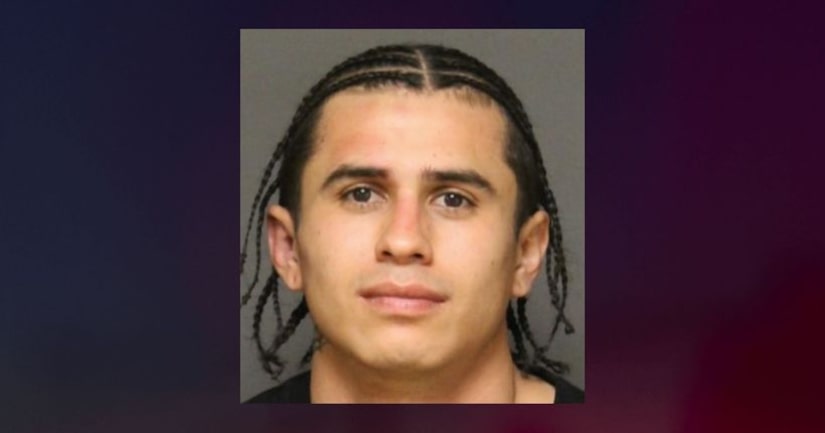 FULLERTON, Calif. (KTLA) -- An Anaheim man is facing three charges, including driving under the influence of marijuana, after plowing his pickup onto a crowded sidewalk and hurting several pedestrians in Fullerton last month, prosecutors said Monday.

Christopher Jose Solis, 23, of Anaheim, had been released after his initial arrest the day of the crash but was back in custody Monday on $500,000 bail, Orange County district attorney's and Fullerton police officials said in a news release.

Some of the victims became trapped under Solis' red Toyota Tacoma when he ran into them around 1:50 a.m. Feb. 10, just as people were pouring out of bars in the 100 block of West Santa Fe Avenue.

Investigators now say 11 people were seriously injured in the crash. Previously, police had said nine pedestrians were struck and 10 people were hospitalized.

Solis' truck hit a tree before the smoking vehicle came to rest on the sidewalk, where good Samaritans had to help police free those trapped underneath. Three other cars on the street were also damaged, officials said.

The pedestrians hurt ranged in age from 18 to 49, and they were taken to trauma centers with injuries that were moderate to life-threatening, police said at the time.

Solis was charged March 11 with one felony count each of driving under the influence of drugs causing injury and hit-and-run with injury, and one misdemeanor count of hit-and-run with property damage, prosecutors said.

Authorities had not previously indicated that Solis fled the crash scene.

The defendant was arraigned Monday and pleaded not guilty to all three counts.

Although it's unclear how prosecutors will prove Solis was high on weed at the time of the crash, DA Todd Spitzer said his office will prosecute the case as aggressively as any other DUI.

“Let me be clear, that getting behind the wheel under the influence of marijuana is illegal,” Spitzer said in a statement.

MORE: Pickup driver charged with being high on weed when he crashed into pedestrians in Fullerton, injuring 11 - KTLA 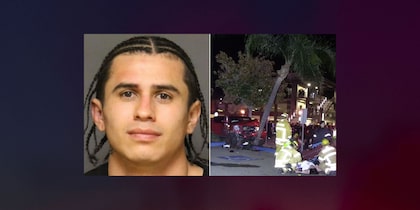