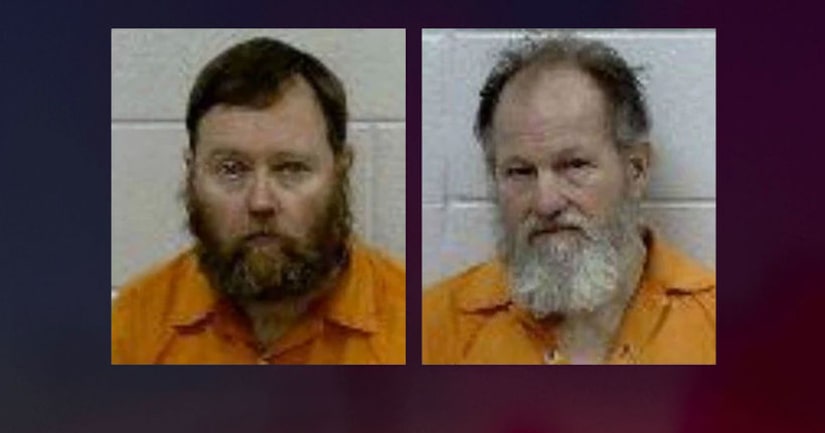 WHITEFISH TOWNSHIP, Mich. (WXMI) -- Two people were arrested after authorities say they tied up several people inside a Chippewa County residence and kidnapped a child, prompting a statewide Amber Alert.

George Cunningham, 53, and Jon Stygler, 68, were taken into custody after being tracked down while walking across Lake Superior toward Canada.

Deputies were called around 7:15 p.m. Wednesday to an address on N Whitefish Point Road in Whitefish Township for a report of a domestic dispute that led to a stabbing.

Authorities say Cunningham and Stygler arrived at the residence and bound and gagged a woman outside before putting her in a parked vehicle. They then went inside and sprayed a man and four children with a chemical, tied them up with zip ties and duct-taped their mouths shut, investigators say.

When they found the boy, the suspects fled the scene in a pickup track that was eventually found parked in a driveway 5 miles away from the original scene.

Both suspects are being held on multiple charges including kidnapping, assault, home invasion and child endangerment.