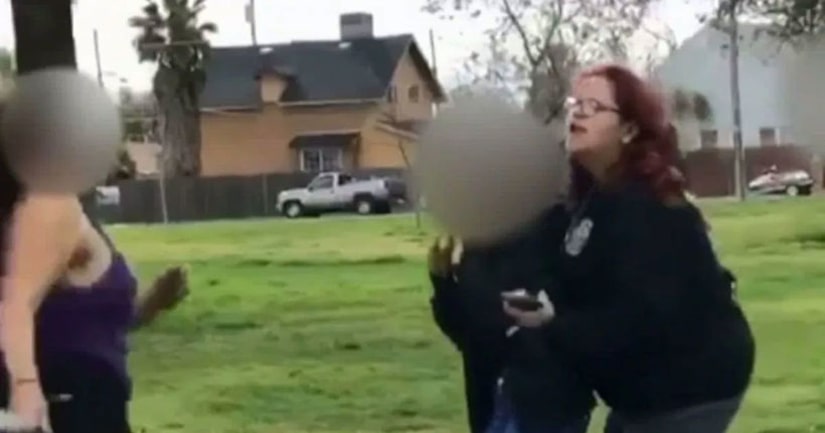 Irina Lizarraga Acuna says she does not blame the teenager who hit her 13-year-old daughter. Instead, she blames the adult who allegedly egged her on.

Another student captured the fight on cellphone video, which was later posted to Facebook.

For Acuna, watching the video of her daughter being attacked was bad enough. However, what had her fuming was watching an adult physically restraining her daughter so the other teen could hit her.

Acuna says she's pressing charges against the woman in the video.

The Turlock Unified School District also confirmed that even though the fight happened off campus, the students involved can still be disciplined. The district says they are conducting their own investigation into the fight.