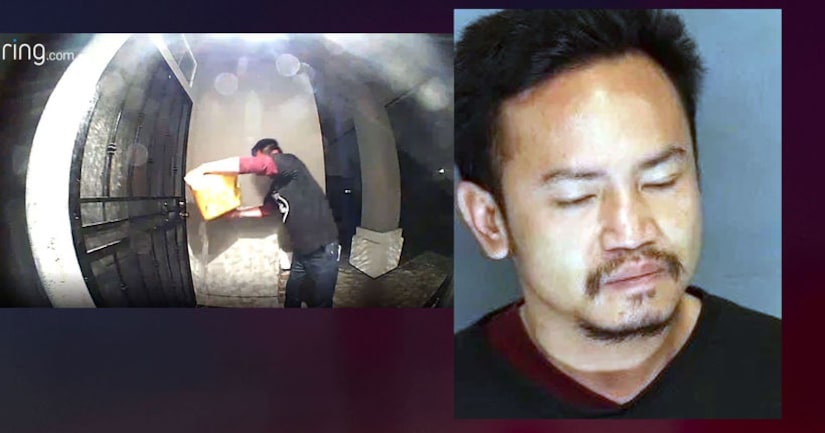 STOCKTON, Calif. (KTXL) -- A woman and her family are shaken up after their neighbor poured diesel fuel all over her front door before trying to set it on fire.

The Stockton woman -- who didn't want to be identified -- told FOX40 the incident was caught on her home's doorbell camera around 2:30 a.m. Thursday near Dominion Drive.

The family said they ignored a notification because most of the time they receive notifications of just insects flying by the camera.

When the woman's mother checked the footage two hours later, she saw her neighbor, identified as 38-year-old Cuong Pham, pouring what appeared to be fuel all over her front door before trying to light it.

When the fire department and officers arrived, investigators found approximately two gallons of diesel fuel was poured by Pham.

There were a few adults and two children ages 3 and 10 home at the time of the incident.

"OK, are we going to blow up at any minute? Do I go get the kids, do we take off or is he outside waiting for us?" the woman said.

Officers arrested Pham, who lives across the street, for attempted homicide and arson.

The woman told FOX40 Pham told police that he saw a ghost and was trying to get rid of it. Pham also said he has no problem with the family and he'd like to apologize.