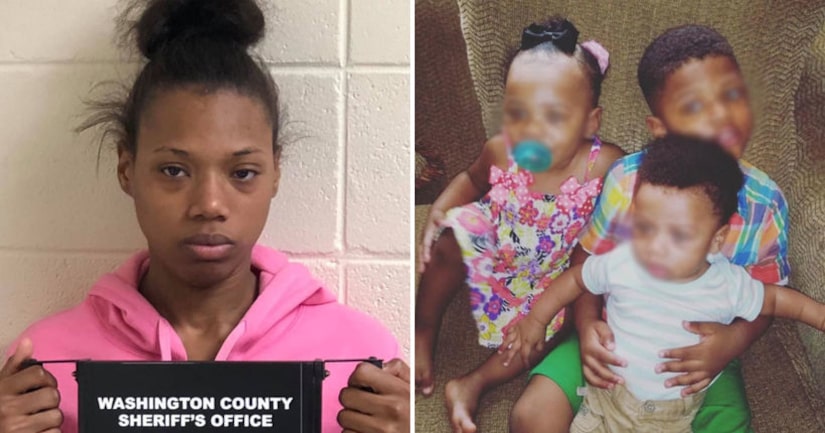 LELAND, Miss. (WPIX) -- Two children drowned and one was rescued after the locked SUV they were in rolled into a Mississippi creek when their mother left them alone to go into a store, Leland Police said.

Jenea Monique Payne, 25, was arrested and charged two counts of negligent homicide and one of child neglect.

Payne told investigators she left the children for five or 10 minutes while she went into a Stop-N-Shop on Main Street just before 6 p.m. on Saturday, March 9. When she walked back outside, her Nissan Pathfinder was floating away in Deer Creek.

Emergency officials jumped into the creek and attempted to break the windows out of the vehicle in order to get the kids out. Raelynn Johnson, 2, was rescued, but 4-year-old Steve Smith and 1-year-old Rasheed Johnson Jr. drowned inside the vehicle.

Leland Police Chief Marcus Davis said Payne left the keys in the vehicle and the 4-year-old is believed to have put the key in the ignition.