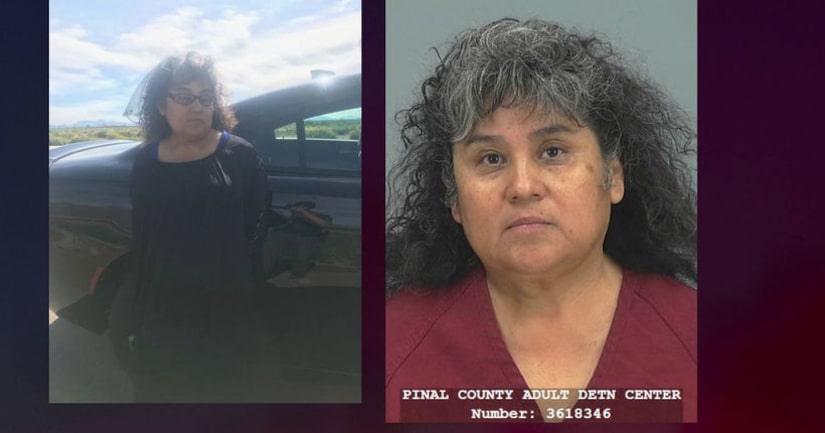 PINAL COUNTY, Ariz. (KSWB) -- The Pinal County Sheriff's Office made a big drug bust during a traffic stop this week.

According to a post on the sheriff's office Facebook page, a K-9 deputy pulled a vehicle over on Interstate 10 just outside Eloy for an equipment violation and moving violation.

Jose Aguilar Diaz and Esther Gomez De Aguilar, who are husband and wife, were sitting inside. The deputy said Esther appeared to be dressed like a nun and had a Bible on her lap.

The sheriff's office reports that a total of 8.5 pounds of fentanyl were seized, which is worth about $90,000.