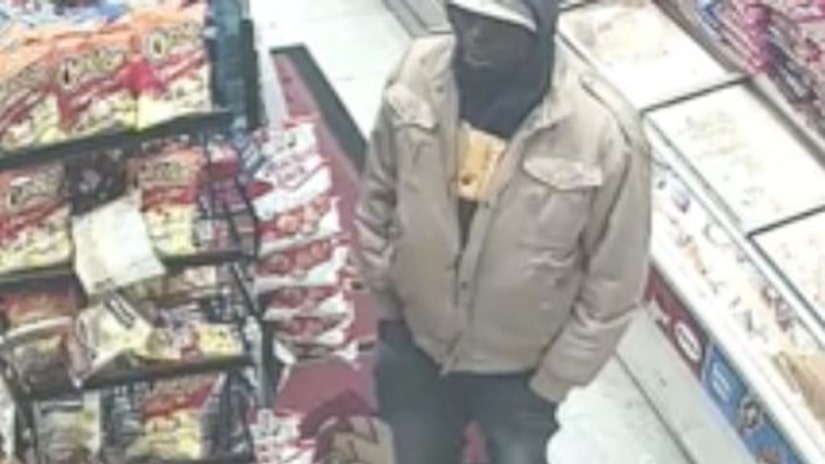 BROOKLYN, N.Y. -- (WPIX) -- Police are asking the public's help identifying a man accused of robbing a woman inside a Brooklyn deli over the weekend.

The incident happened at about 4 a.m. inside Brownsville's Pitkin King Deli, located on the corner of Pitkin Avenue and Osborn Street. As seen on video, the unidentified man grabs money from the woman's hand before running out of the store.

The robber is believed to be between 25 to 35 years old, 6 feet tall and weighs about 180 pounds. He was last seen wearing a light-colored hat, a dark-colored hooded sweater, beige jacket, jeans and white sneakers.