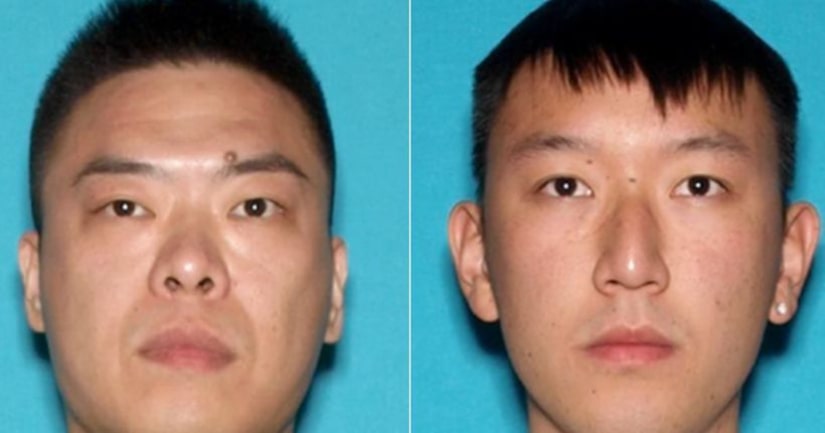 LOS ANGELES (KTLA) -- Two Chinese nationals have been indicted in a $2 million kidnapping scheme in Southern California involving a victim who was physically restrained inside a closet and is now believed dead, the U.S. Department of Justice announced Thursday.

Guangyao Yang, 25, and Peicheng Shen, 33, are facing charges of conspiracy to kidnap, kidnapping, attempted extortion in violation of the Hobbs Act and threat by foreign communication, according to a DOJ news release. Their last known U.S. residences were in West Covina, but they are both believed to currently be in China.

Using an alias, Shen had told the victim, Ruochen Liao, he would help him collect a debt from someone else and the two met multiple times, according to federal prosecutors. FBI officials have said Liao, a Santa Ana resident and Chinese national who also goes by “Tony,” ran a luxury car dealership and was living in the U.S. on a visa.

“At that house, Shen and Yang allegedly confined the victim by binding his legs together, taping his eyes shut, restraining his arms behind him, and confining him in a closet,” the DOJ news release states.

The next day, Liao's father received a demand for $2 million ransom in exchange for his son's life, according to prosecutors. The suspects allegedly demanded the money be deposited within three hours into three Chinese bank accounts.

Authorities believe Liao died at some point during the kidnapping.

Two days after Liao was kidnapped, Shen and Yang drove to an area of the Mojave Desert “to bury or otherwise dispose of the victim's body” and get rid of other evidence, the news release states. Shen also allegedly had the closet of the Corona home re-carpeted that same day.

Meanwhile, Yang did an Internet search on how fast a corpse decomposes in soil, according to federal prosecutors.