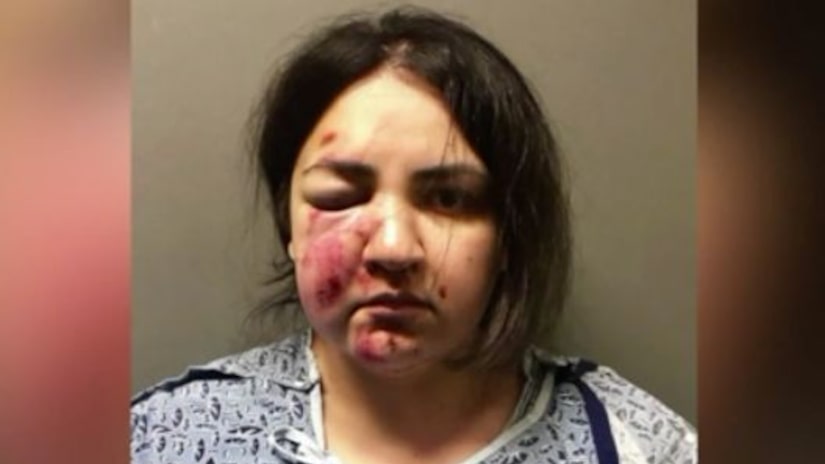 UPLAND, Calif. -- (KTLA) -- A community is still reeling after a shocking tragedy in which a mother threw her 1-year-old son from an apartment complex balcony before she herself jumped. Both the mother and toddler survived, but police at the scene discovered a baby girl inside the apartment unresponsive.

The baby, believed to be about 6 or 7 months old, was taken to the hospital where she died.

Police on Tuesday evening said that woman, 24-year-old Tierra Ortega, was in the hospital, and expected to be booked on suspicion of homicide, attempted homicide, and two felony counts of child abuse.

The toddler had to be airlifted to Loma Linda Medical Center after his mother threw him off the second-story balcony. Police said she jumped when they arrived.

Officers then searched the apartment, where they found the baby unresponsive.