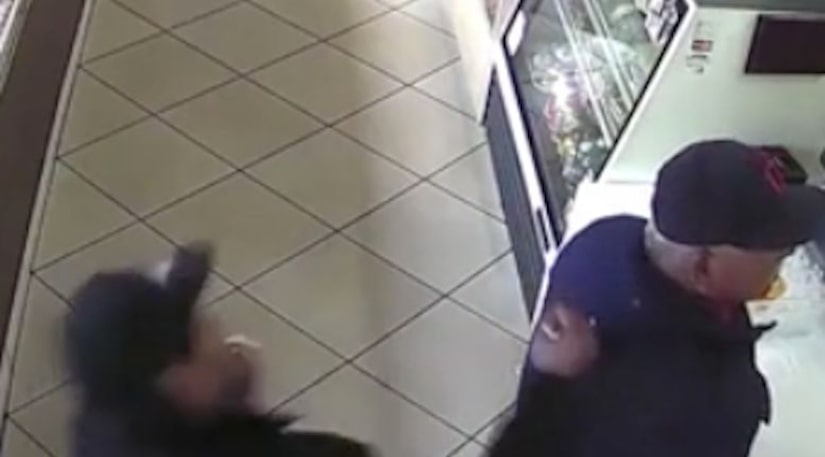 LOS ANGELES -- (KTLA) -- Investigators released surveillance video footage Sunday that shows a man repeatedly plunging a knife into the back of a 63-year-old man during a seemingly random attack at a Maywood donut shop earlier this month.

The stabbing, which detectives are investigating as an attempted murder, took place about 3 p.m. on Feb. 10 at Yum Yum Donuts, at Atlantic Boulevard and Slauson Avenue, the Los Angeles County Sheriff's Department said in a written statement. 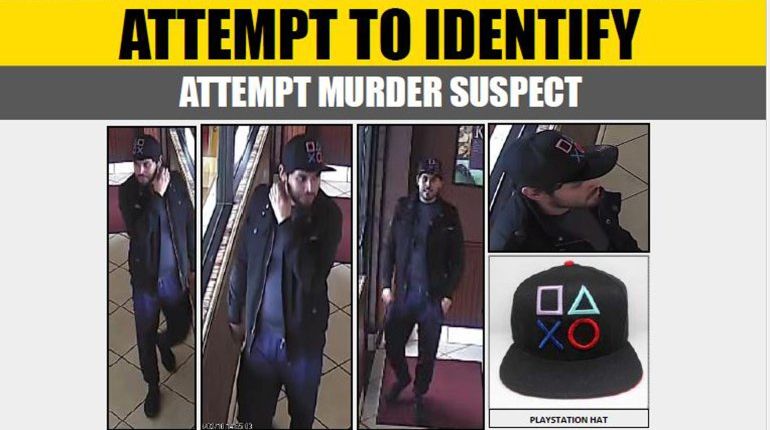 L.A. County Sheriff's Dept.
Have you seen this man?

The video depicts the victim standing at the counter of the shop as the suspect enters the store and stands behind him, as if waiting in line.

About a minute passes without any apparent interaction between the two men when the suspect suddenly attacks from unsuspecting victim behind, stabbing him three times before running out of the store.