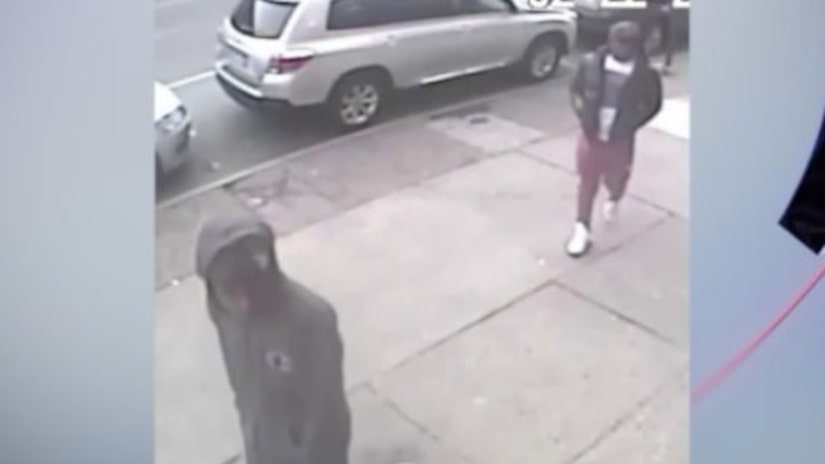 BROOKLYN, N.Y. -- (WPIX) -- Police are looking for two men in connection with a Flatbush shooting that left a 15-year-old boy dead Friday night.

Police released the above surveillance footage of the two men in question, in hopes the public can help identify them.

Authorities describe both men as 18 to 25 years old. One of the men was seen wearing red Adidas sweatpants with white stripes down the leg.

Brooklyn teen Samuel Joseph was found shot in the head and torso inside 1395 Flatbush Ave., the apartment building where he lived with his family, just before 6 p.m. Friday night, police said.