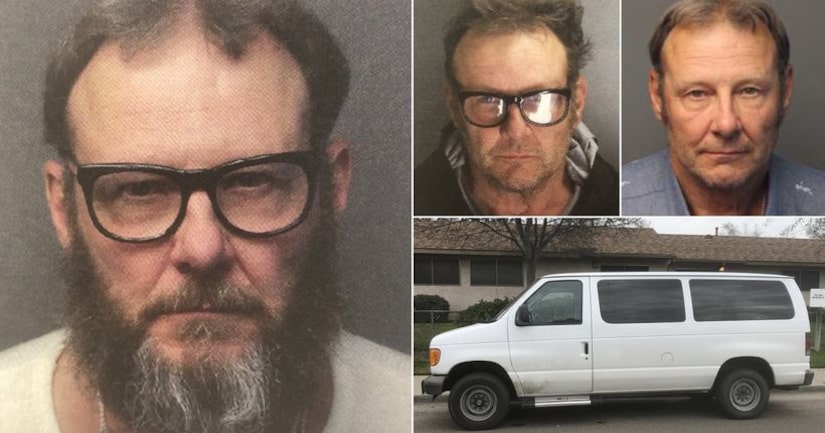 PORTERVILLE, Calif. (KTLA) -- A sex offender was arrested after allegedly trying to use cookies to lure teens into his van at a public park across the street from a high school in the Central Valley, officials said Friday.

Officers made contact with Ronald Gene Thomas, 61, after receiving a 911 call reporting someone bothering juveniles at Veterans Park in Porterville just before 5 p.m. Tuesday, Porterville police said in a news release.

Officers who responded made contact with two girls, ages 13 and 15, who said Thomas had been annoying them and pointed out the white van he was sitting in, police said.

Witnesses told officials Thomas had been whistling at and trying to lure or contact several underage girls in the area.

Officers found Thomas in his van and noticed two chocolate chip cookies were sitting on the windshield, positioned so they could only be grabbed from outside the vehicle, authorities said.

Upon further investigation, police determined that Thomas had been ordered to register as a sex offender following a previous conviction of lewd and lascivious acts with a minor under 14 years of age in Arkansas.

Thomas was subsequently arrested and booked on suspicion of annoying or molesting a child and two offenses related to his status as a sex offender: failure to change registration address and failure to notify of transient status.