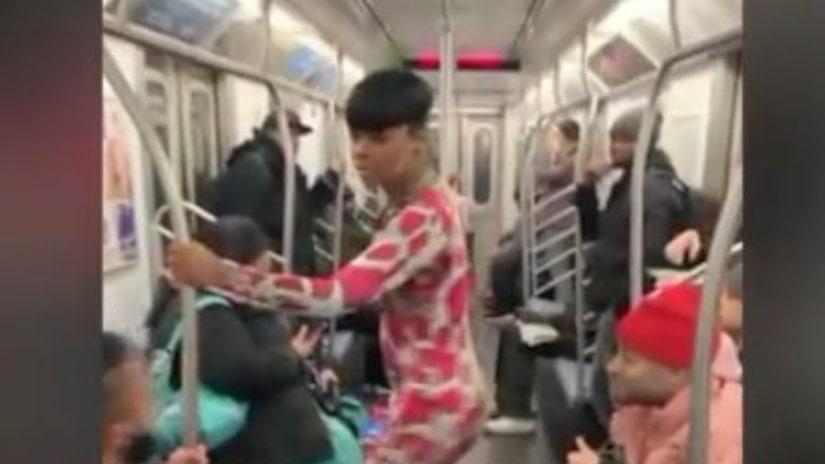 NEW YORK CITY -- (WPIX) -— It was an exchange aboard an N-train that would shock just about anyone; video shows a woman fight back after she was slapped on the rear end by a fellow straphanger.

The woman responded with a slap of her own to his face, which was followed by a number of blows to his head. The entire scene, which was captured on video, left subway riders visibly stunned.

As shocking as the scene was - and in some cases not uncommon in the New York City subway - it turns out it was all staged.

"I was surprised you know - I wanted to people to actually step in," Zeeshan Ali, better known as Prince Zee on YouTube, said of the stunt he spearheaded with his comedy partner and Instagram star Daniel Jean.

Their so-called social experiment materialized after they recruited help from friend and fellow comedian Danny Duces who experienced a similar situation on the subway last year.

Their goal, they said, is to get New Yorkers more engaged - essentially to do something, when they see something not right