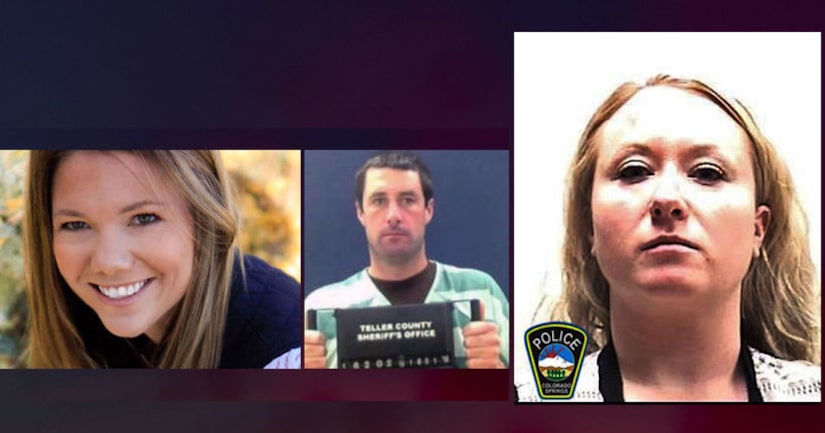 CRIPPLE CREEK, Colo. (KDVR) -- Patrick Frazee beat his fiancée Kelsey Berreth to death with a baseball bat after failing to persuade a woman he was having an affair with to commit the killing, but later convinced her to help him cover up the crime by cleaning up the bloody crime scene before he burned the victim's remains, investigators said Tuesday.

Dramatic testimony at a Cripple Creek hearing shows the prosecutors' case relies heavily on the cooperation of Krystal Jean Lee Kenney, a 32-year-old Idaho woman who told police that she and Patrick Frazee were having a romantic relationship.

Kenney has pleaded guilty to tampering with evidence and is required to testify against Frazee as part of her plea agreement with prosecutors.

The body of Berreth, a 29-year-old flight instructor and the mother of Frazee's infant daughter, has yet to be found.

Late Tuesday, a judge found probable cause and Frazee will stand trial. He will remain jailed without bond. An arraignment was scheduled for April 8 when a trial date will be schedled.

Testimony at the hearing revealed that police initially found no evidence of foul play inside Berreth's home but later discovered traces of her blood in the bathroom.

Colorado Bureau of Investigation agent Gregg Slater testified Tuesday that Kenney told police Frazee had claimed Berreth was abusing the couple's daughter. Slater said there is no evidence that was true.

Kenney said Frazee suggested multiple ways that she could kill Berreth, including poisoning her coffee or striking her in the head with a metal rod and a baseball bat, Slater said.

Kenney told police he became angry each time she failed to follow his directions.

Kenney told police she wanted to please Frazee and feared that he would harm her or her family if she did not cooperate.

Kenney told police she did not follow through on any of Frazee's plans, Slater said.

Slater testified that Frazee called Kenney on Nov. 22 and told her to get to Colorado, saying, "You've got a mess to clean up."

Slater later testified that Kenney went into Berreth's townhome and "it was horrific," adding there was blood everywhere. She said Frazee had instructed her to clean it up.

Kenney told Slater she purposefully left blood splatter for investigators to find. Slater also said on the stand that Kenney had blindfolded Berreth with a sweater for a guessing game, then hit her with a bat.

Kenney then told the agent that Frazee put Berreth's remains in a plastic tote, put it in his truck and went to Thanksgiving dinner with his family.

After Kenney cleaned the house, she said she went with Frazee to retrieve Berreth's body and watched as Frazee burned it along with the baseball bat on his property.

She said Frazee later told her he planned to throw the remains in a dump or river.

Kenney took Berreth's phone to Idaho, where she sent text messages to Frazee and Berreth's employer posing as the dead woman then burned the phone, the investigator said.