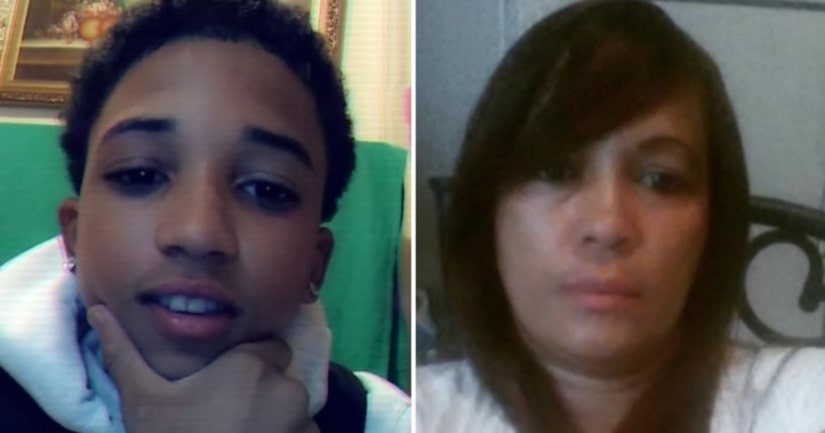 PIX11 News has learned the person of interest in the weekend murders of a Bronx mother and her 14-year-old son was found dead late Sunday morning in Hartsdale, after apparently jumping in front of a train on the northbound tracks.

The unemployed suspect, Hector Cruz, had an off/on relationship with Marisol Ortiz, the 51-year-old mom who was stabbed repeatedly and apparently hit in the head with exercise barbells.

MORE: Boyfriend suspected murders of Bronx woman and her son made a fatal jump in front of train - WPIX

Marisol Ortiz, 51, was found in one room, police said. She'd been stabbed in the head and suffered blunt trauma to the head.

Teenage son Alanche Delorbe was found in a different room. He also suffered blunt trauma to the head, officials said. The teen would have celebrated his birthday on Monday, a family member said.

Both victims were bludgeoned with an exercise weight, police sources said.

They were found by a relative in an East 185th Street apartment building near Southern Boulevard around 3:40 p.m. The relative came to the apartment after Ortiz didn't show up to work.

Police say this may be an incident of domestic violence.