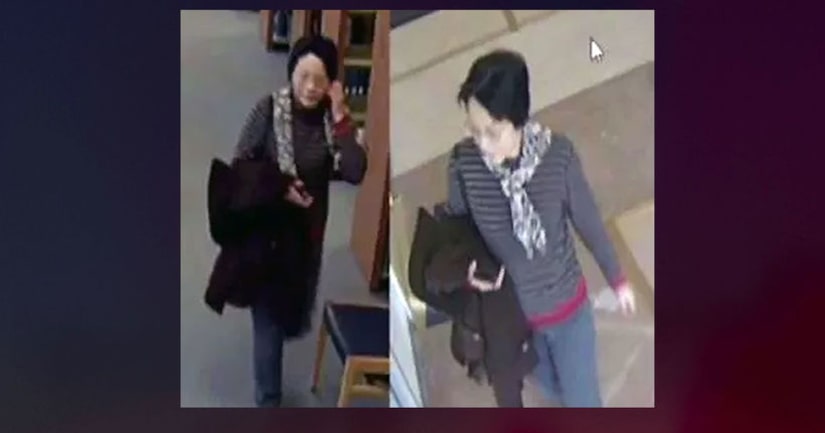 BALTIMORE, Md. (WREG) -- Campus police at Towson University in Maryland have released surveillance images of the woman they say has been asking if someone would date her son.

According to the University Police Department several students began complaining that a 50-year-old woman was stopping them near the Cook Library and The Center for the Arts to show them a picture of the potential suitor on her phone.

While some clearly find the whole thing funny, authorities aren't taking any chances. They put out a campus wide alert to heighten awareness.

MORE: Police tell students at Maryland university to look out for woman asking if they would date her son - WREG