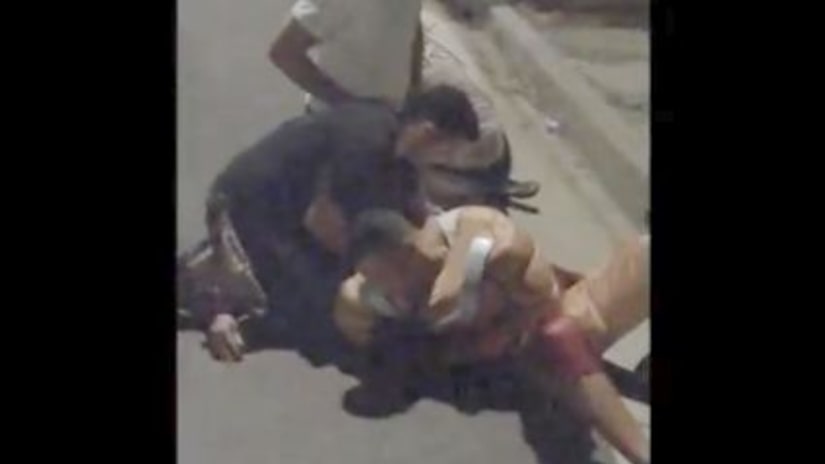 LOS ANGELES -- (KTLA) -- A man who was choked unconscious by an off-duty Los Angeles firefighter who saw him handing out Halloween candy to children will receive $7.4 million to settle a lawsuit, his attorney announced Wednesday.

Samuel Chang suffered a traumatic brain injury, nearly died and still has medical problems from the 2015 attack that was captured on video, attorney David Ring said.

Chang, then 22, was visiting his grandmother in the Chatsworth area and was outside, handing out candy on Halloween night, when he was confronted by five men, including two off-duty firefighters, authorities said.

Video shot by a bystander showed the group surrounding Chang. Video and court records indicate that firefighter Eric Carpenter, who lived nearby, placed Chang in a chokehold for six minutes while he struggled and the other men held him down, the Los Angeles Times reported.

Carpenter was charged with felony assault in 2017 and could have faced up to seven years in prison. But he pleaded no contest to misdemeanor assault. The other off-duty firefighter, Michael Anthony Vitar — a former child actor known for appearing in "The Sandlot" and two "Mighty Ducks" movies — and a neighbor of Carpenter's pleaded no contest to misdemeanor battery. Two other men weren't criminally charged.

The lawsuit was dismissed on Monday after the settlement, and the five men didn't acknowledge any wrongdoing, Ring said.