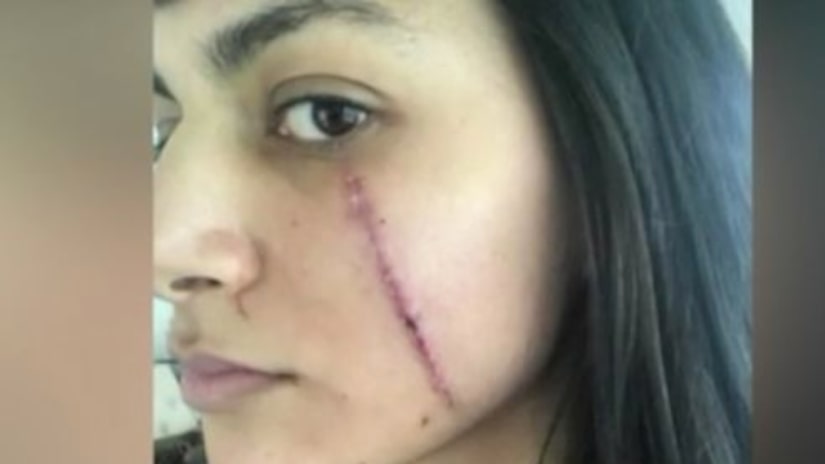 BROOKLYN, N.Y. -- (WPIX) -- A woman was slashed in the face while walking down a Williamsburg street Sunday morning.

Dana Sagona, 31, was approached by a man in the vicinity of Boerum and White streets at about 7:45 a.m.

The man began to engage in conversation, but when Sagona tried to walk away, the man attacked and slashed her on the face, police said.

Sagona was taken to the hospital where she was treated for a large laceration on the left side of her face.

Surveillance footage shows the suspect walking away. The suspect also got away with the victim's wallet.

FULL STORY: Woman slashed in the face in Williamsburg - WPIX