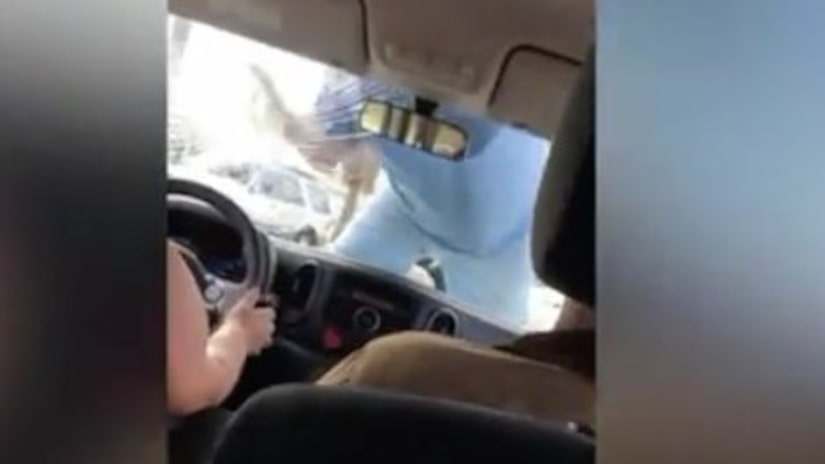 ANAHEIM, Calif. -- (KTLA) -- An Anaheim family said they were still shaken up Wednesday after a man clambered on top of their vehicle and tried to punch out the windshield the day before in an apparent case of road rage.

Anaheim police are investigating the incident, which was captured on cellphone video by one of driver Veneranda Alvarez's daughters.

Alvarez said she had just picked her two daughters, ages 12 and 13, up from school, then drove with them to meet her friend Chris at the Jack in the Box near the corner of State College Boulevard and Lincoln Avenue around 2:30 p.m. Tuesday.

According to Alvarez, the attacker followed Chris over to the fast food eatery's parking lot from a Walgreens in the same shopping complex for some unknown reason. Chris was on foot, while the man was driving a white Jeep Grand Cherokee, she said.

"Then when (Chris) came near my passenger side, he had told the guy, 'Stop harassing me, stop following us,'" Alvarez told KTLA.

She said they were too afraid to wait in line for food at the drive-thru, so they drove away.