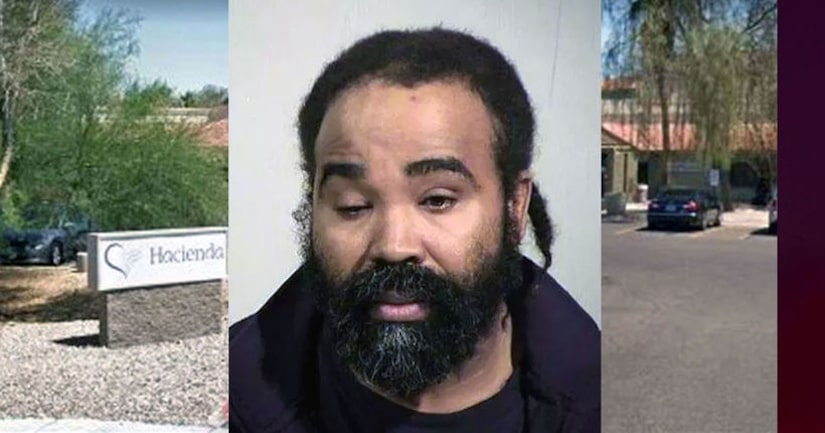 PHOENIX (KTLA/CNN) -- A 36-year-old nurse has been arrested on suspicion of impregnating a woman in a vegetative state who unexpectedly gave birth last month at a Phoenix health care facility, police said Wednesday.

Nathan Sutherland, a licensed practical nurse who was caring for the woman at the Hacienda HealthCare facility, has been arrested and is being booked on preliminary charges of sexual assault and vulnerable-adult abuse, Phoenix Police Chief Jeri Williams said.

The arrest is the latest chapter in a weekslong investigation that started when the 29-year-old woman — who is not able to give consent and has been at the facility since 2002 — gave birth in late December to the surprise of her family and caregivers.

Sutherland has worked at the facility since 2011, and investigators are trying to determine whether he assaulted anyone else, or whether this woman was assaulted more than once, Thompson said.

The arrest came two days after the facility announced, without elaboration, that one doctor who led the woman's care resigned, and another was suspended. The company did not name the doctors, and police did not mention them in their news conference Wednesday.

Caretakers of the woman were taken by surprise by the December 29 birth, with one telling a 911 dispatcher, “We had no idea she was pregnant.” The woman is a member of the San Carlos Apache Tribe and has long been in a vegetative state, the tribe's chairman has said.

The woman has breathing and feeding tubes, the records show. In March, she weighed 112 pounds.