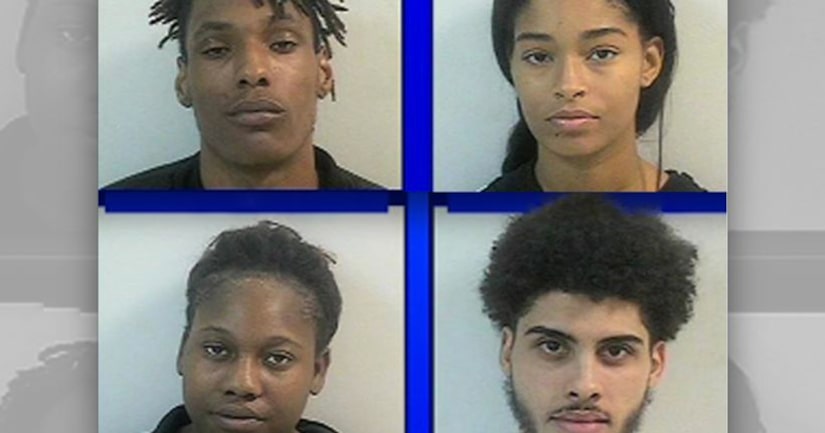 The group of two men and two women alleged dine and dashers left an Applebees around 6:30 p.m., police said. An employee managed to stop one of the men in the group.

Patrol officers tracked down the two woman in a car nearby, police said. They were confused at first because the woman didn't completely match the descriptions of the dine and dashers, but then an officer spotted wigs in the car.

Driver Chante Royal, 19, allegedly drove off, dragging the officer down the street when she realized the wigs had been seen, officials said. The cop was able to pull himself free.

Royal and Jasmine Ramsey, the car's passenger, were caught after a high-speed chase on the highway, police said. Royal slammed her car into another vehicle in Kearny, about 10 miles away. She continued driving, but stopped when she hit a dead end.

They were taken into custody and charged. Both of the alleged male dine and dashers were arrested in Clifton.