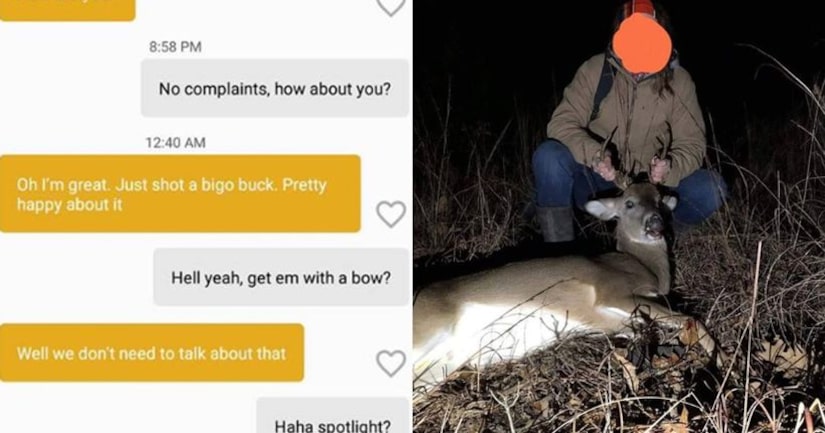 OKLAHOMA (KTLA/CNN) -- One unlucky woman boasted about killing a deer on a dating app — only to discover the man she was chatting to was an Oklahoma game warden.

The Oklahoma Department of Wildlife Conservation shared on Facebook screen grabs of a conversation between game warden Cannon Harrison and the unnamed woman, who said she was “pretty happy” about shooting a big buck.

After some digging by the warden, the woman admitted to shooting the animal outside rifle season at night with the aid of a spotlight, which is illegal according to the state's hunting regulations.

She even shared some graphic photos of the dead animal.

Wardens soon arrived at the property where she killed the deer and made what the department called an “illegal deer case,” its Facebook post said.

Further investigation showed the woman committed another illegal act, which is harvesting only the deer's head and back-strap meat, according to the Tulsa World newspaper.