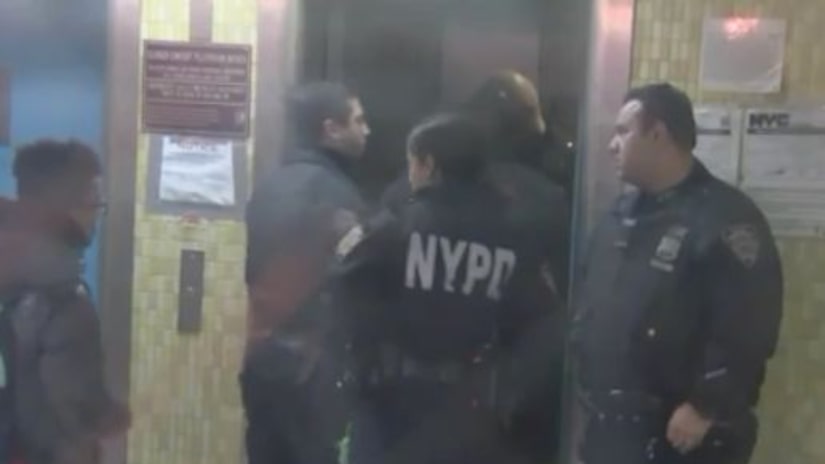 BROOKLYN, N.Y. -- (WPIX) -- A woman was rushed to the hospital Monday after an ax attack in Brooklyn, police said.

She was bleeding heavily from the head, officials said.

The 52-year-old woman was attacked by her son, 32, after an argument, police said. He turned himself in at a local police service area.

Cops first got a call about the incident on 33rd Street near Surf Avenue just before 3 p.m.

FULL STORY: Woman hit in the head with an ax in Brooklyn attack - WPIX