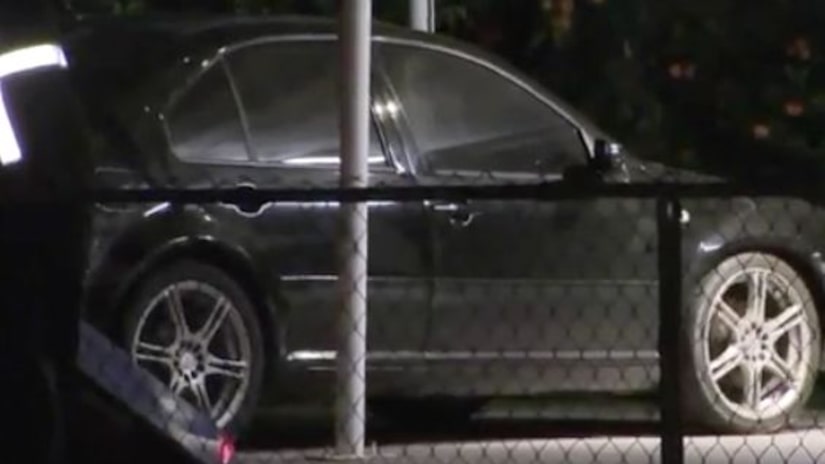 WHITTIER, Calif. -- (KTLA) -- Homicide detectives arrested a man early Sunday in connection with the death of his wife, whose body was discovered bound and wrapped in plastic in the back seat of a car at their West Whittier home the previous evening, authorities said.

The victim's identity was not released Sunday pending positive identification and notification of family by coroner's officials.

"Investigators learned the suspect killed the victim approximately one week ago and concealed her body in the backseat of his car, which was discovered parked in the driveway of his home," Robinson said.

"The victim, a woman believed to be in her early-40s, was found lying across the backseat of the suspect's car. The victim was bound and wrapped in plastic."

Coroner's investigators determined the woman had suffered "significant blunt force trauma" to her head, according to the deputy.

Jimenez was arrested about 3:20 a.m. Sunday, Los Angeles County booking records show. Details regarding the circumstances of his arrest were not available.

FULL STORY: Man accused of murder after wife's body found bound in back seat of car in West Whittier - KTLA