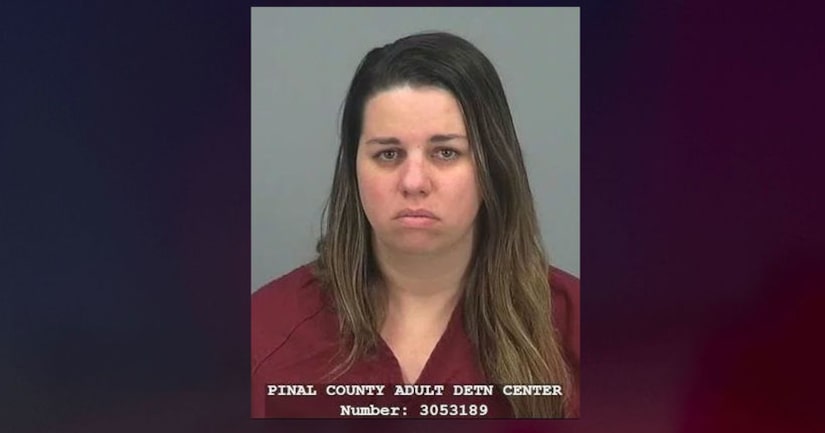 MARICOPA, Ariz. (WITI) -- An Arizona woman is facing criminal charges, including endangerment and witness tampering after her young relative was removed from her home amid allegations of abuse.

Erin Darr was arrested on suspicion of child abuse a few days before Christmas, and it's not the first time she's been under investigation.

When the 11-year-old victim's classmates noticed bruises, she told them Darr had been “physically abusing her,” according to court documents. A Department of Child Safety case worker removed her from the home in early December and took her directly to the hospital.

The caseworker noted several things about the victim's appearance, including that she was underweight, had dark circles under her eyes, “noticeably thin hair,” red marks and visible scars on her scalp.

According to the probable cause for arrest statement, the victim told the caseworker that her thin hair “was due to her hair being ripped off her head when [Darr] pulled her by her hair,” and that the red marks “were from [Darr] grabbing and pulling her by the hair.”

She also explained one of the scars, saying it “was from when [Darr] hit her with a phone on the head and she bled.” She said Darr “super glued her head shut on that occasion.”

The victim told doctors at the hospital that “her chest hurt and she was having trouble breathing, due to [Darr] kicking her in the chest several times.” Medical staff also noted “several scars on her scalp, pre-existing injuries to her hand and feet ... blisters in her mouth from eating food that was too hot ... [and] bruising on her face.”

Court documents detail several specific incidents of abuse as related by the victim to a forensic interviewer.

According to that paperwork, Darr “would force [the victim] eat rotten leftovers from the fridge and when [she] would throw up, [Darr] would force [her] to eat it.”

The victim also said Darr grabbed “her by the hair and slammed her head into the laundry room wall hard enough to break the drywall causing a dent.”

The probable cause for arrest statement goes on to list other incidents in which Darr “would bend [the victim's] fingers back causing further damage to her [injured] hand and [stomp] on her feet causing them to bleed and scab.”

After the victim was removed from the home, her older sibling “confessed to his school counselor ... the allegations against [Darr] regarding the abuse on [the victim were] true.”

According to court documents, the teen also said Darr “has told him and his younger brothers ... to lie to DCS and detectives when being interviewed and coached the family about what to say during the previous investigations.”

Police say the teen apologized to a forensic interviewer for lying, explaining that Darr had threatened him “if [he] talked about the abuse.”

According to police who arrested Darr, she “denied any allegation of child abuse and stated, she has never hit any of her children.”