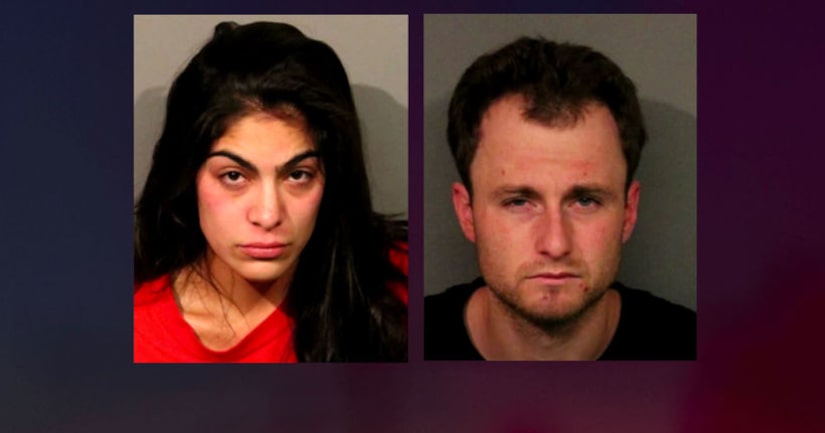 LOOMIS, Calif. (KTXL) -- Just as two suspects were leaving the Raley's in Loomis after shoplifting Sunday night, security was on their tail and closing in.

"During that confrontation it became violent and the suspect pulled a knife on the employee," said Placer County Sheriff's Lt. Andrew Scott.

During the fight, investigators say 25-year-old Brandon Smith cut an employee's finger but couldn't hold onto his knife.

That's when his girlfriend, 23-year-old Elizabeth Almand, picked it up. Scott said Smith told her to stab the victim.

It was at that moment officials say another man got out of his truck with a gun and had his own demands for Almand.

"Good Samaritan drew his firearm, told the second suspect, the female, to drop her knife, which she did. He kept her from picking it back up until law enforcement arrived," Scott told FOX40.

"He immediately relinquished the gun the moment the police arrived on scene and they quickly let the man go," a witness said on social media.

The sheriff's office said the good Samaritan had a concealed carry permit out of Calaveras County.

Deputies later found the couple had stolen around $50 worth of items from the grocery store. Smith was arrested on suspicion of robbery, assault with a deadly weapon and conspiracy. Almand faces robbery and conspiracy charges.