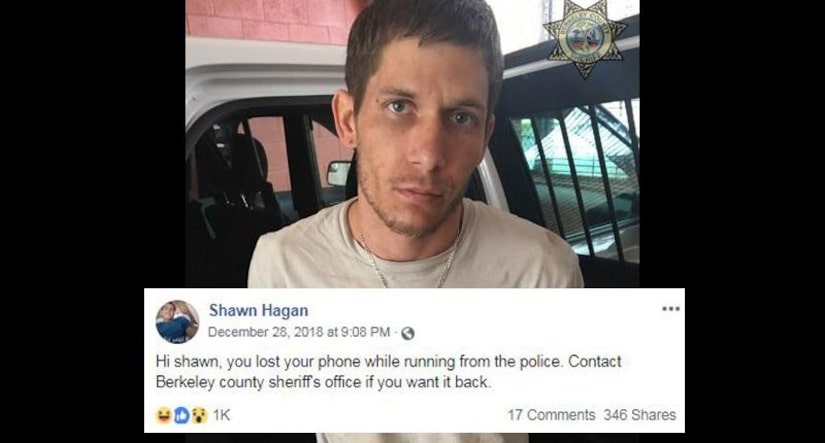 Unfortunately for him, the deputies who found it have a sense of humor.

On Friday, the Berkeley County Sheriff's Office posted to his Facebook page using the suspect's account, “Hi shawn, you lost your phone while running from the police. Contact Berkeley county sheriff's office if you want it back.”

Hagan was ultimately caught and faces charges for fleeing and drugs. Along with the announcement, the sheriff's office added, “#DontBeLikeShawn.”