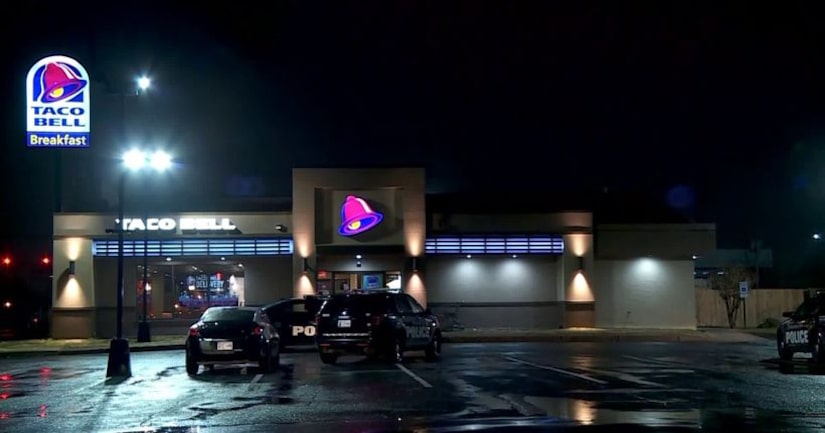 OKLAHOMA CITY (KFOR) -- Police are searching for a man who fired several shots through a Taco Bell drive-thru window when he didn't get the taco sauce he wanted.

It happened around 1:30 a.m. Monday at the Taco Bell near S.W. 59th and South Penn. When officers got to the scene of a shooting at that location, they learned what lead up to the bizarre ordeal.

"It appears that there was some type of confrontation with an employee through the drive-thru. A man was complaining about not getting enough sauce, or not getting any taco sauce and was very upset,” MSgt. Gary Knight with the Oklahoma City Police Department said.

According to police, the suspect then fired at least one round of gunshots through the drive-thru window.

"The suspect then entered the business, got out and came inside the business. The employees locked themselves in the bathroom. He apparently left. It's unclear exactly what he did while he was in there as they were hiding,” Knight said.

The restaurant was left with shattered glass and a boarded up drive-thru window.

Thankfully, no employees were hurt by the bullets.

So far, no arrests have been made.