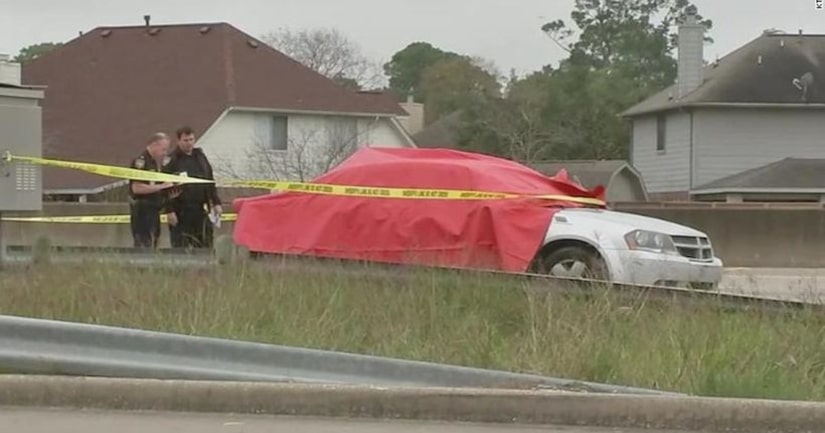 HOUSTON (KTLA) -- Authorities in Texas on Monday were hunting for a gunman who killed a 7-year-old girl Sunday outside of a Houston-area Walmart.

The incident took place near a Walmart in northeastern Harris County.

A mother, daughter and three others were leaving when a male began shooting into their car, according to Harris County Sheriff's Office.

Deputies said the suspect pulled up next to the car and opened fire.

The mother and daughter are black. The suspect, who authorities are describing as a white male in his 40s, fled the scene in a red truck.

Authorities were working to determine whether the shooting was random or targeted.

FULL STORY: Manhunt on for Gunman Who Killed 7-Year-Old Girl Outside a Houston-Area Walmart - KTLA