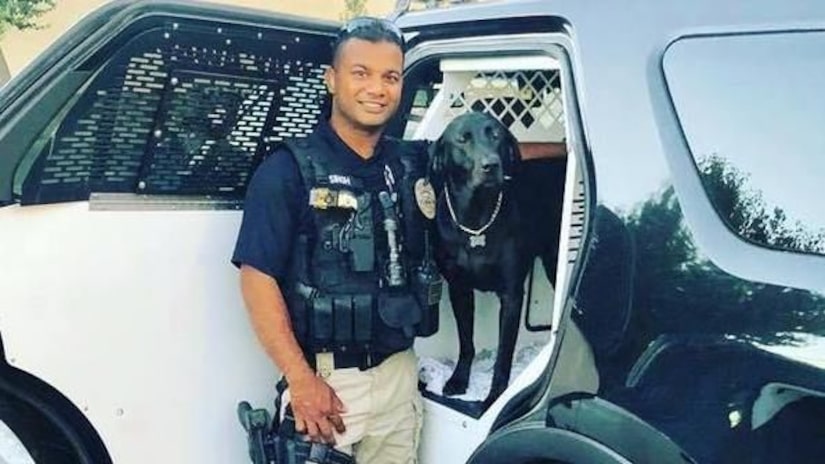 The man accused of killing a California police officer who pulled him over to investigate if he was driving drunk was captured Friday as he tried to flee to Mexico, KTLA reports..

NEWMAN, Calif. -- (KTLA) -- Authorities launched a manhunt Wednesday after they said a gunman shot and killed a police officer during a traffic stop in a small California town.In an alert, the California Highway Patrol said the suspect, whose name was not known, is considered to be armed and dangerous.

Multiple agencies responded and found Singh with gunshot wounds. They rushed the husband and father of an infant boy to a hospital, where he was pronounced dead.

Ground and air units were searching for the suspect based on surveillance photos taken at a convenience store shortly before the attack in Newman, about 100 miles (160 kilometers) southeast of San Francisco.

In the photos, the heavyset suspect with short dark hair is wearing a thick chain necklace, jeans, a dark hoodie and dark-colored T-shirt. Surveillance footage also captured the suspect's vehicle, a grey Dodge Ram pickup with paper dealership plates, matching the description that Singh had called in. Authorities later located the vehicle and said it was being processed for evidence. 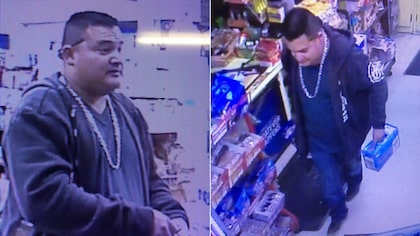