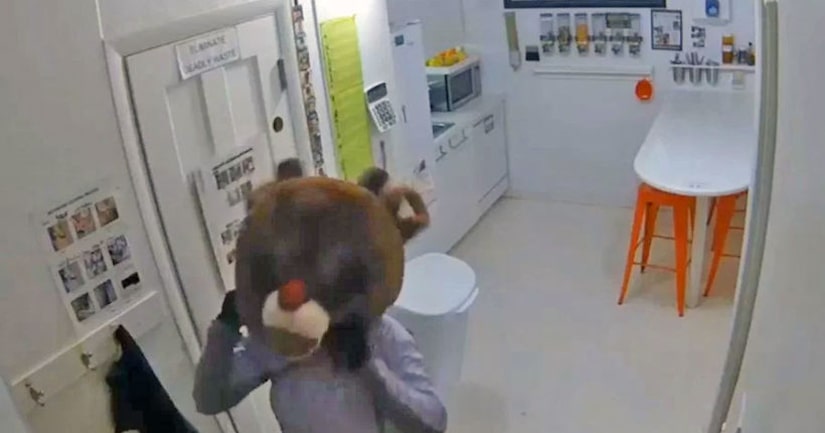 Police posted surveillance video on Facebook showing the woman, who was wearing a large, furry Rudolph head, entering a room, turning on the lights and stuffing items into a shopping bag.

Police said the woman broke into a business in the 300 block of Hickory Street early Tuesday and stole several undisclosed items.

She removed the costume head at one point and looked at the overhead camera.