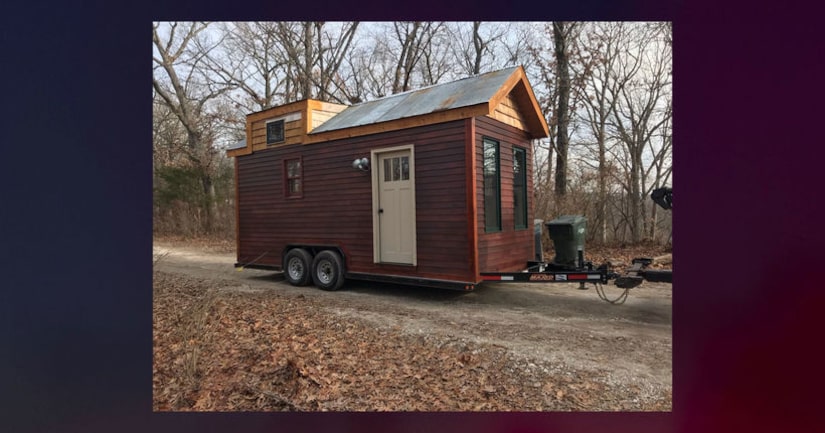 The home is being stored at Ives Towing in Hillsboro. Police say they are giving the owner an early Christmas present. There will be no charge for the towing and recovery.

Meghan Panu was building a tiny house in south St. Louis. She got a call Saturday morning (Dec. 15) asking her if she had moved her tiny home overnight. She had not.

She called St. Louis city to see if her tiny home had been towed from where it was parked for the past month and a half near Gravois and Michigan avenues. It had not.

Panu's tiny home had been stolen. She told Fox 2 the possibility she may not get her tiny home back is "devastating." She began building the tiny home as part of her senior thesis in environmental studies at Webster University. It started as a trailer and a plan to live with less. She has been working on the tiny house for nearly two years and documented her journey on social media along the way.

Panu had plans to move the tiny house again this week to an intentional living community which would showcase shipping container homes, Earthbag homes, and other tiny homes. She intended to move into the tiny house in the spring.

Panu estimates she invested $20,000 into her tiny home - $1,500 of which she received from the public through a GoFundMe campaign.