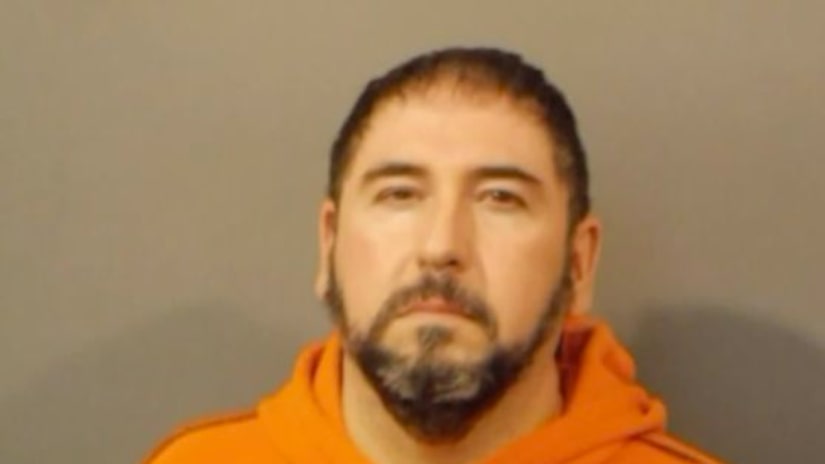 GARY, Ind. -— (WGN) -- A longtime teacher's aide charged with possessing hundreds of pornographic photos and videos of underage kids is being held on $50,000 bond Tuesday, as police continue to search for possible victims.

Police say Aaron Lopez Saldana, 48, was arrested Saturday after someone broke into his home and found his stash of child pornography, before reporting it to police. When they came to arrest Saldana, police say they found him attempting to burn materials. Laptops and USB drives recovered in his home reportedly contained pornographic videos and pictures of local kids.

Saldana was well-known at Lake Ridge Middle School in Gary, where he worked for over a decade, coaching cross country and running the school's photography club. Lake Ridge New Tech School Supt. Sharon Johnson-Shirley said the school's initial investigation found nothing occurred on school grounds, but rather took place at Saldana's home.

Saldana is facing multiple felony charges, including possession of child pornography, voyeurism and obstruction of justice. A judge set his bond at $50,000 during a hearing Tuesday.