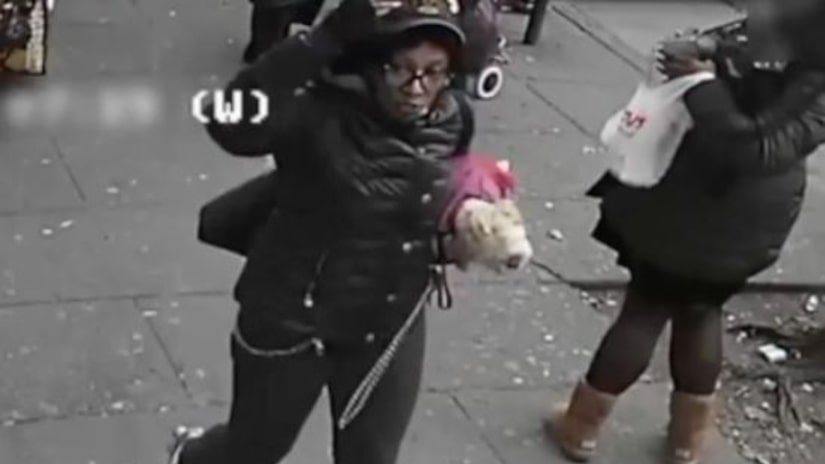 THE BRONX, N.Y. -- (WPIX) -- A dog owner slashed two women after they attempted to pet her dog on an MTA bus, police said Monday.

Police responded to a call of a person assaulted near East 149th Street and Morris Avenue around 2:13 p.m.

Police said the dog owner slashed a 22-year-old and a 20-year-old with an unknown object following a verbal dispute that turned into a fight.

The incident happened when the women tried to pet the perpetrator's dog, police said. The 22-year-old victim, who did not give her name, said they escalated the situation by not walking away.

"I got sliced on my face because I went to go touch a dog," the woman said. "I never knew the dog was a service animal."

Both victims exited the bus and ran to the hospital where they sought medical care.

The dog owner also exited the bus at that location and rode away from the scene inside of a green SUV taxi, westbound on East 149 Street, police told PIX11.