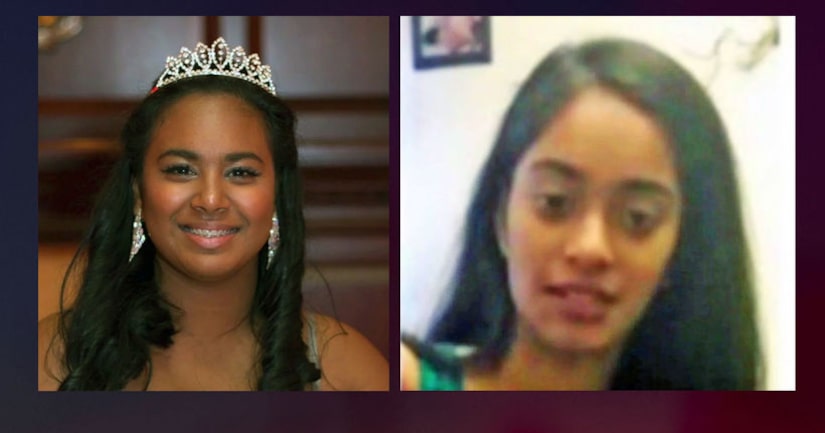 Abdool Zaman, the man wanted for murdering his teenage daughter and another teenage girl in Henrico County, has been captured in New York, according to Henrico Police, WTVR reports.

HENRICO COUNTY, Va. (WTVR) -- The mother of 18-year-old Vanessa Zaman, who was killed alongside another teen in Henrico County last week, says the man wanted for her murder is her father.

Henrico Police say that 39-year-old Abdool Z. Zaman is wanted on two warrants of second-degree murder, but that those charges will likely be upgraded once he is apprehended and interviewed. They say he should be considered armed and dangerous.

Police said Vanessa Zaman and Leona Samlall were shot as they walked near the Oakmeade Apartments on Airport Drive and East Nine Mile Road in Highland Springs around 12:17 p.m. Thursday. Investigators say Zaman got out of his car and confronted the girls before shooting them in what appeared to be a fit of rage, sources said.

Crime insider sources say Samlall was briefly on a missing persons list in 2016, but later showed up safe in the Orlando, Florida area.

Those sources said Samlall is believed to have returned home to Henrico fleeing a rocky relationship.

Saveeda Barnes, who lives in New York, is devastated about the loss of her first born and only daughter Vanessa, who she says reconnected with her father last year.

“Vanessa grew up under my love and care, until she was 18. Not too long ago, she researched and somehow found her dad. The two connected and were in contact for a while. Around late December, 2017, Vanessa and I spoke about selecting colleges. She told me that she was going to Florida. She invited her dad to her HS graduation where he turned her down,” said Barnes.

Officers said Zaman, who was described as 5 feet 10 inches tall and weighing 160 pounds, may be driving a silver Toyota Avalon or a gray 2009 Toyota Carolla Matrix with Florida tags 211-1RWM.

Police noted that the suspect has a New York driver's license, but lives in Orlando, Florida.

Crime Insider sources said the FBI is involved to help with certain pieces of crucial evidence in the double murder case.

Henrico Police have not released a photo of Zaman citing the integrity of the ongoing investigation. They say they appreciate the patience of the public while they work through this case.

If you have information that could help detectives, call Henrico Police at 804-501-5000 or Metro Richmond Crime Stoppers at 804-780-1000. Citizens can also download the “P3 Tips” app to their mobile devices and submit their tip. Both Crime Stoppers methods are anonymous.