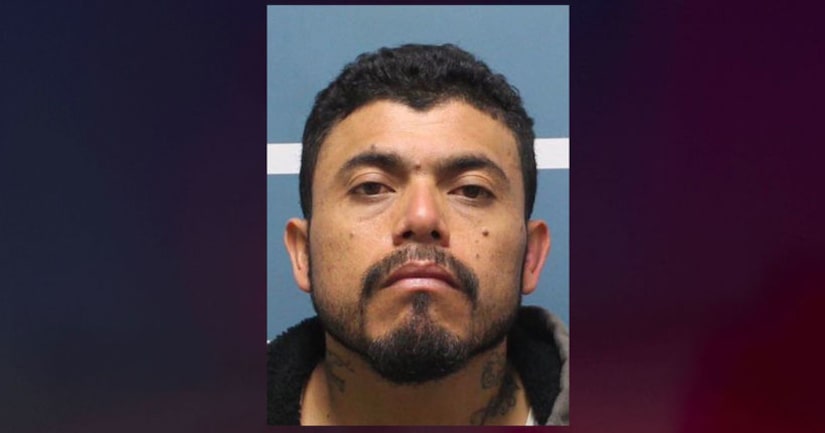 TULARE COUNTY, Calif. (KTLA/AP) -- A man who went on a deadly shooting, carjacking and robbery rampage in California's Central Valley died Monday during a high-speed highway chase during which he intentionally tried to smash into other cars, authorities said.

Gustavo Garcia, 36, of Visalia was pronounced dead at the scene Monday morning on State Route 65 in Porterville after he was flung from a stolen truck after a gun battle with police and wrong-way car crashes that left four people injured, one critically, police said.

In attacks on apparently random strangers, Garcia also killed a man at a gas station convenience store, shot and wounded a farmworker in an orchard and a woman at a motel, carjacked other farmworkers and robbed a convenience store at gunpoint, Tulare County Sheriff Mike Boudreaux said.

He also fired shots in the backyard of his ex-girlfriend's Visalia home as she and her children were inside and may have committed as many as a dozen crimes during a “rampage” that began Sunday afternoon, he said.

“We have one man that essentially (has) been on a personal reign of terror,” Boudreaux said at an afternoon news conference.

The rampage began around 1 p.m. Sunday in Exeter when Garcia shot a farmworker who was picking fruit, police said. He was expected to recover.

A second man who had been a passenger in Garcia's car was being sought as a person of interest in the holdup, police said.

At about 7:30 p.m. Sunday, Garcia shot a Motel 6 guest in the arm and chest in Tulare, although her wounds weren't life-threatening, authorities said.

Shortly before 1:30 a.m. Monday, Garcia fired shots into a Shell gas station in the Pixley area, then about an hour later, he killed Rocky Paul Jones, 51, of Visalia outside the Arco AMPM in that city, Visalia Police Chief Jason Salazar said.

Garcia later went to his ex-girlfriend's house in Visalia and fired several shots from her backyard but she and her children escaped unharmed, police said.

He then fired shots into a home in the Sultana area, then shortly after 6:30 a.m. crashed his car after a two-minute police chase during which he shot and hit pursuing sheriff's cars and deputies fired back.

Garcia ran into an orchard where he stole a truck at gunpoint from three farmworkers and led authorities in a chase that reached 100 mph on State Route 65, where Garcia drove the wrong way in traffic and seemed intent on trying to hit other cars, California Highway Patrol Lt. Scott Goddard said.

Garcia died after smashing into four cars, leaving one driver in critical condition and the other three with minor injuries, Goddard said.