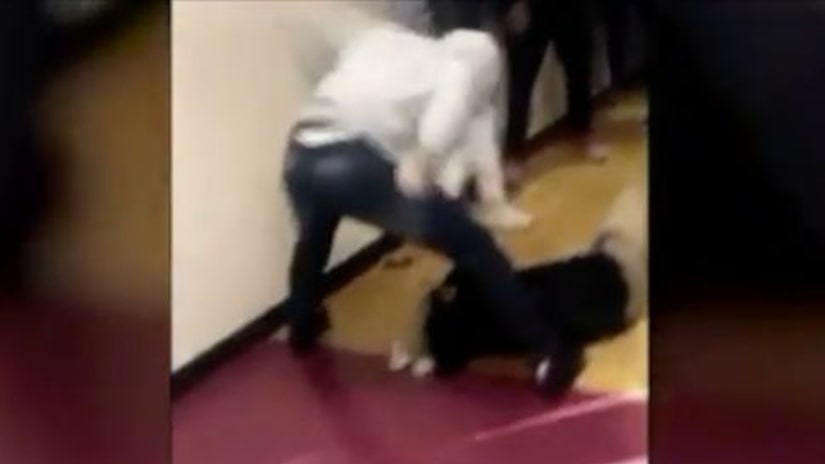 WARNING: Video may be disturbing to watch

LOCKPORT, Ill. —- (WGN) -- A student was charged with aggravated battery after an attack that left another student seriously injured was caught on video.

Cellphone video shows a student repeatedly punching another student while he's on the floor and stomping on his head. It happened at the start of the school day this morning at the Lockport Township High School East Campus.

In a letter to parents, the principal said rumors of a possible weapon and additional safety concerns prompted school officials to call a “Code Yellow” around 12:15 p.m. which allowed teaching to continue.

Students were held in their classrooms and encouraged to share any information with school officials.

Afterschool activities were canceled. Lockport police helped with the investigation and searched multiple lockers. The principal said the rumors were all unsubstantiated.

This comes after a fight at the school last week and continued unrest between the students involved and their friends.