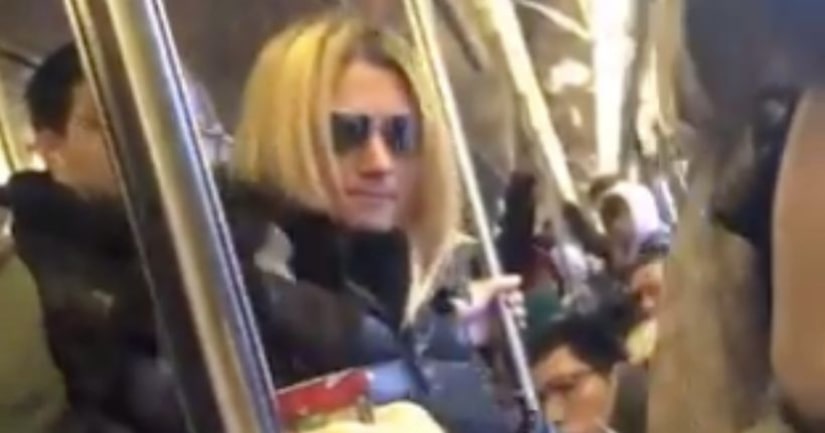 NEW YORK (WPIX) -- A woman has been arrested after being filmed attacking a woman and making a racist remark, police said Thursday.

Police retweeted video allegedly showing Lushchinskaya attacking a woman on a crowded train before being detained by a civilian at the 36th Street station. The incident happened Tuesday, according to one of several people who filmed it.

Numerous videos capture the white woman kicking her victim, who appears to be Asian, and using an umbrella and keys to hit her.

Multiple commuters try to intervene, talking to the assailant and trying to physically stop her.

Video captures a man tackling Lushchinskaya in the train, and holding her at the station until police arrived.

ARRESTED: 40 year-old Anna Lushchinskaya was arrested by officers from Transit District 34 in Brooklyn and charged with felony assault in this case- Thank you to everyone who intervened and provided information https://t.co/UjCpEW49i4