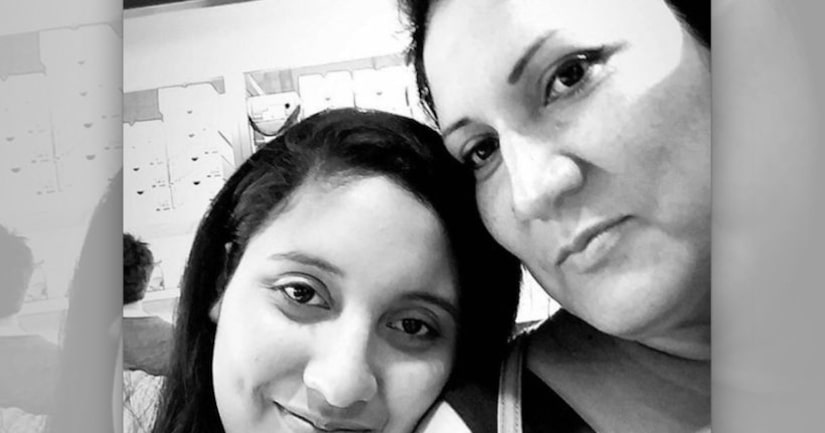 MONROVIA, Calif. -- (KTLA) -- Friends and family of a mother and daughter found dead in their Monrovia apartment last week mourned the victims at a vigil Wednesday as authorities continue to search for their suspected killer.

Hundreds of people gathered outside the Monrovia Public Library to remember Cecilia Meza, 41, and her 17-year-old daughter, Kelsey Meza, a week after the grisly discovering last Wednesday in their home on 800 block of West Colorado Boulevard.

Their bodies were found after someone who knew them contacted authorities out of concern for their welfare. They hadn't been seen since the previous Sunday, and Kelsey, a senior at Monrovia High School, hadn't gone to class all week, a family friend previously told KTLA.

Coroner's officials have since determined that Cecilia was strangled to death, while Kelsey died from both strangulation and "blunt head trauma."

Cecilia's live-in boyfriend, 33-year-old Nimrod Perez Guerrero, was named as a suspect in the double homicide the same day the bodies were found.

FULL STORY: Community pleads for capture of suspected killer during vigil for mother, daughter strangled in their Monrovia apartment - KTLA