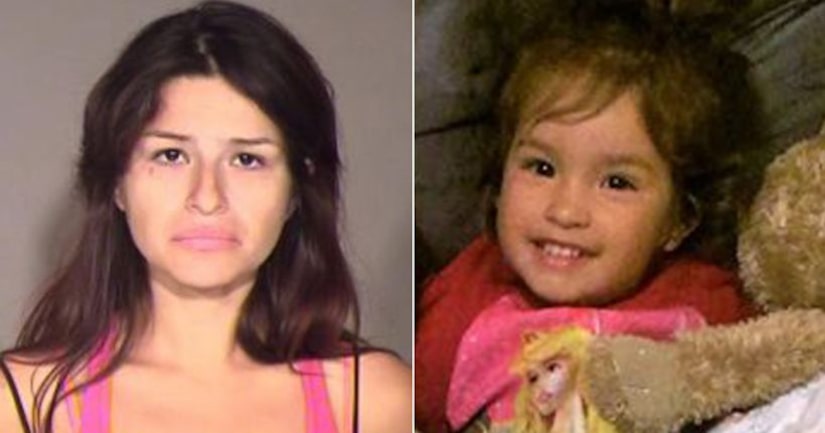 OXNARD, Calif. -- (KTLA) -- An Oxnard woman was convicted of second-degree murder in the 2015 killing of her 3-year-old daughter, whom she had previously lost custody of multiple times because of issues with drugs and abuse, prosecutors said Monday.

Mayra Alejandra Chavez, 27, was also found guilty of torture and assault resulting in death of a child, the Ventura County District Attorney's Office said in a news release.

Authorities never recovered the body of Kimberly Chavez Lopez, who they believe was killed in June 2015, the DA's office said.

Police began investigating the case in September 2016, after Ventura County Children and Family Services reported it had been trying to locate the toddler for over a year to no avail. Social workers last saw the girl in March 2015.

Chavez originally lost custody of her child at birth after the baby tested positive for both methamphetamine and marijuana, according to prosecutors.

Kimberly was placed into foster care for about nine months, then was returned to her mother's care after Chavez completed drug and parenting classes, the DA's office said.

But after regaining custody, Chavez allegedly began to abuse her daughter.

Kimberly was again put into foster care, but Chavez again sought to regain custody and was eventually allowed visits under the supervision of Kimberly's father or Chavez's mother.

Despite this, Chavez continued to torture and mistreat the girl, which ultimately led to her death, officials said.

Kimberly's father, Omar Lopez, gave jurors a detailed account of Chavez's increasingly abusive treatment of her daughter, and said the fatal incident occurred when the mother pulled the girl's legs from underneath her to change a diaper, causing her to hit her head and suffer seizures, the Ventura County Star reported.

Lopez also testified that he and Chavez disposed of their daughter's body in Tijuana, according to the DA's office.

Both Lopez and Chavez had been arrested in connection with Kimberly's death last Valentine's Day, Feb. 14, 2018.

Lopez offered his candid testimony in exchange for leniency in sentencing, and agreed to plead guilty to charges of child endangerment and perjury while prosecutors dropped his second-degree murder charge. He is expected to be sentenced to 14 years in prison, according to the newspaper.

Chavez, meanwhile, will face 47 years to life in state prison when she is sentenced on March 14, 2019, prosecutors said. 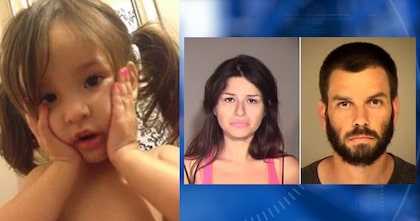