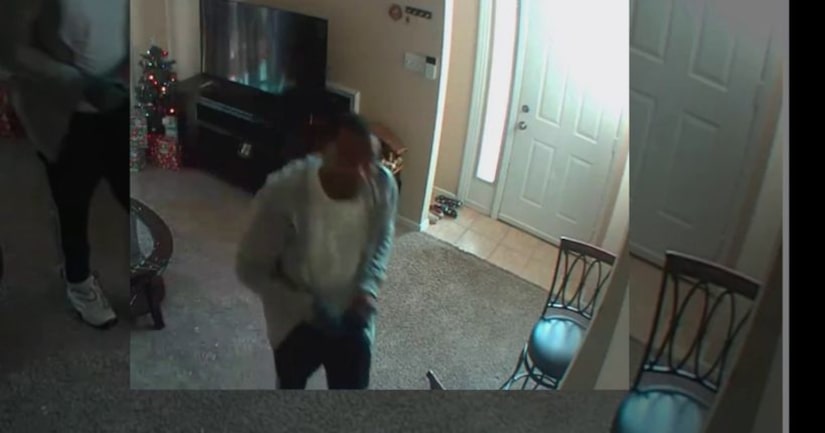 CORDOVA, Tenn. -- (WREG) -- Police are searching for a man who nearly ruined Christmas for a Cordova family.

The tenant, who doesn't want to be identified, thinks the burglar used a rock he found outside to break the sliding glass door in the Country Squire apartment.

She was at the grocery store when she got an alert from her home security system that someone was inside. She watched in horror as he rifled through her stuff.

“While he is walking in, he's putting on his gloves and he's walking toward the room and comes back and goes through the presents under the Christmas tree. He disconnects the TV, goes back and takes the camera,” she said.

This is the second time someone has broken into her apartment over the last two months.

Last time they took nearly everything but the furniture.

That's why she got an alarm and camera. She says this time the thief apparently didn't like what he unwrapped under the tree. But he did walk away with her 55-inch screen TV.

“It makes me very upset. But there isn't anything that I could do,” she said.

Memphis police couldn't tell us if the burglaries are up because of the holidays.

Safety experts say to keep your tree and gifts away from the windows. Also, consider adding a video door bell to deter "porch pirates."