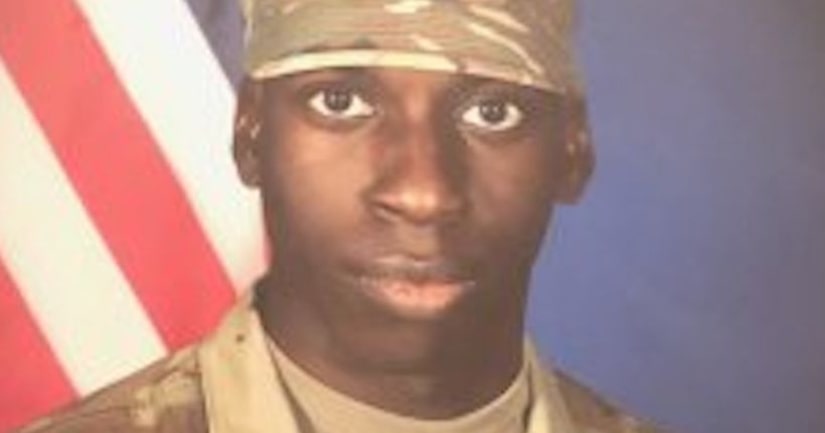 HOOVER, Ala. -- (KTLA) -- As civil rights attorney Benjamin Crump blasted police on Sunday for the fatal shooting of a black man at an Alabama mall, a relative holding photos of the man collapsed, wailing.

Family members helped her up and consoled her. She repeated a detail that Crump had just offered reporters: Emantic Bradford Jr. had been shot in the face.

Crump and family members accused the Hoover Police Department officer who shot Bradford of rushing to judgment, failing to provide a warning before shooting, and declining to provide medical assistance to the 21-year-old they knew as EJ.

“He saw a black man with a gun and he made his determination that he must be a criminal,” Crump said, flanked by about two dozen of Bradford's relatives. “They concluded their investigation while EJ was (lying) on the mall floor, bleeding out, dying. … There's a murderer on the loose largely because police rushed to judgment.”

Police initially said Bradford had shot and injured two people, before saying he was probably not the shooter. Police have not identified the suspect, who is at large.

Bradford's family slammed the inaccurate report and demanded that investigators immediately release all video of the incident. They also claimed Hoover police never contacted them before the initial report or after correcting it, leaving them to glean details from social media and other police agencies.

“Not only did they assassinate his person, but they truly assassinated his character,” Crump said.