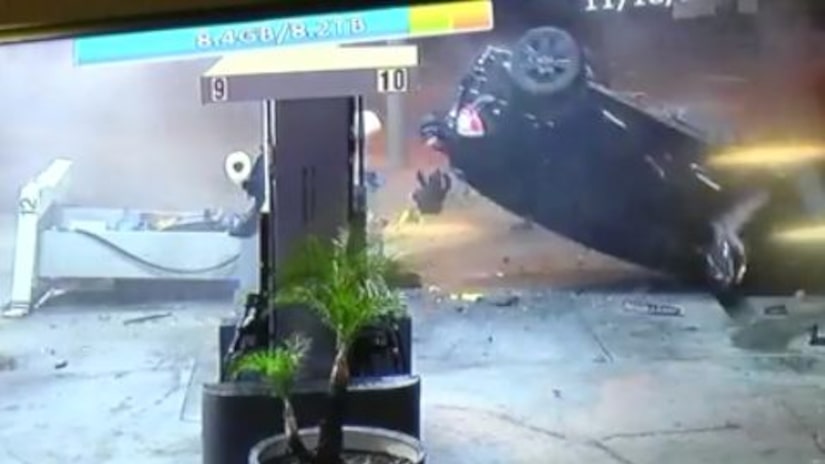 AZUSA, Calif. -- (KTLA) -- A passenger died and a driver is suspected of drunken driving after a car slammed into a gas station pump in Azusa early Sunday, police said.

It appeared the car was traveling far faster than the posted 25 mph speed limit when it smashed into the gas pump and overturned, he said.

The passenger died at the scene, according to the lieutenant said. The driver was taken to a hospital where he was listed in stable condition.

Both men were estimated to be in their 20s. Their identities were not available Sunday evening.