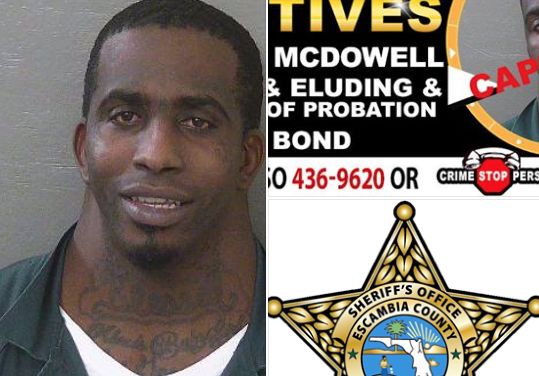 ESCAMBIA COUNTY, Fla. –- (WPIX) -- A Florida sheriff’s office Facebook post is getting a lot of attention thanks to the eye-grabbing mug shot of a recently-arrested fugitive.

Charles Dion McDowell, 31, faces a multitude of drug-related charges, but thousands of commenters were only interested in one thing – the size of his neck.

“You should be ashamed of yourselves, all this neckativity isn’t right at all,” Ramon Ross posted.

“His neck is still at LARGE!!!” joked Barry Jacobs.

“That boy got a chest tattoo on his neck … ” wrote Carlos Levario.